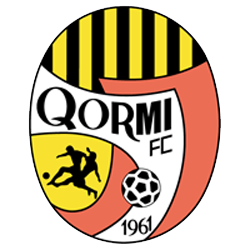 Our team was registered for the first time with the Malta Football Association to participate in the Futsal League on the 25th September 2006. The team was named Tal-Werqa SG due to the fact that it was formed with the assistance of Tal-Werqa Band Club St. George Qormi.

When the Futsal Malta Association took over in 2012 and the league was restructured, Tal-Werqa Futsal naturally amalgamated with Qormi FC.

Since 2006 we always participated in the national futsal league and year after year our aim was to improved the squad and achieve promotion to the Premier Division.

Our aim was attained last season as we finished joint leaders with San Gwann in the FXDD Futsal First Division league but got promoted as the second placed team after losing a league decider.

Our target this season is to secure Premier Division status as early as possible, at the same time enjoying our game as we always did.  Our philosophy will always remain that we play as a team, we win as a team and we lose as a team.  There is certainly no I in our team.