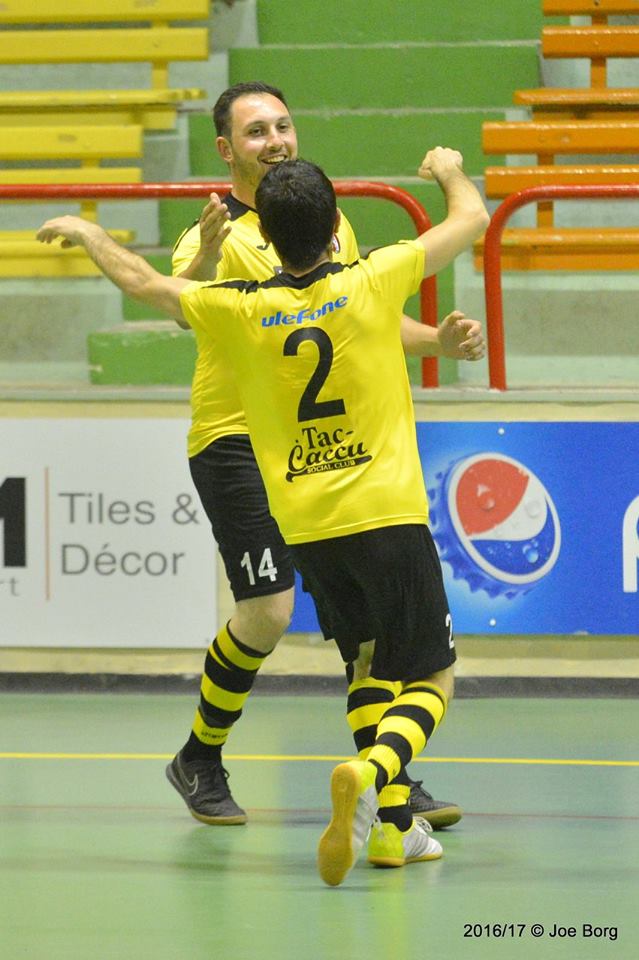 ROBERT BUSUTTIL
In the Gatorade First Division, Qormi Futsal joined Sliema, Msida and Mriehel ESS in the play-offs after winning their direct clash against Safi San Lorenzo 2-0.
It was a tight match between two teams that were aiming for a place in the final four.
After the first half ended in a stalemate, in the second half Qormi started aggressively and managed to score the goals that mattered through James Tabone and Adrian Fenech.
Msida grabbed their third consecutive victory after outclassing Marsascala 11-2.
The team led by Kevin Agius set the ball rolling from the first minutes of the game and succeeded in dominating their opponents who found little space to create goal-scoring opportunities.
Chris Cardona and George Frendo were in fine form as they struck a hat-trick, Chris Cutajar and Mohammed Elamari hit the target twice while Herbert Spiteri rubberstamped the Seasiders’ victory.
Marsascala’s consolation goals came through a brace from Franklin Abela.
Mriehel ESS strengthened their third place in the table courtesy of a 9-2 drubbing over Tarxien JMI.
Mriehel had a positive outing and established a 3-1 advantage before the interval.
In the second half, they controlled the match scoring six more goals in the process.
Ayoub Ahmad, Eslam Khalifa and Fabio Grech netted a double as Mark Anthony Galea, Kenneth Bonanno and Kamal Edgeli extended the score for Mriehel.
Joseph Meilak and Hamza Afifi were on the mark for Tarxien.