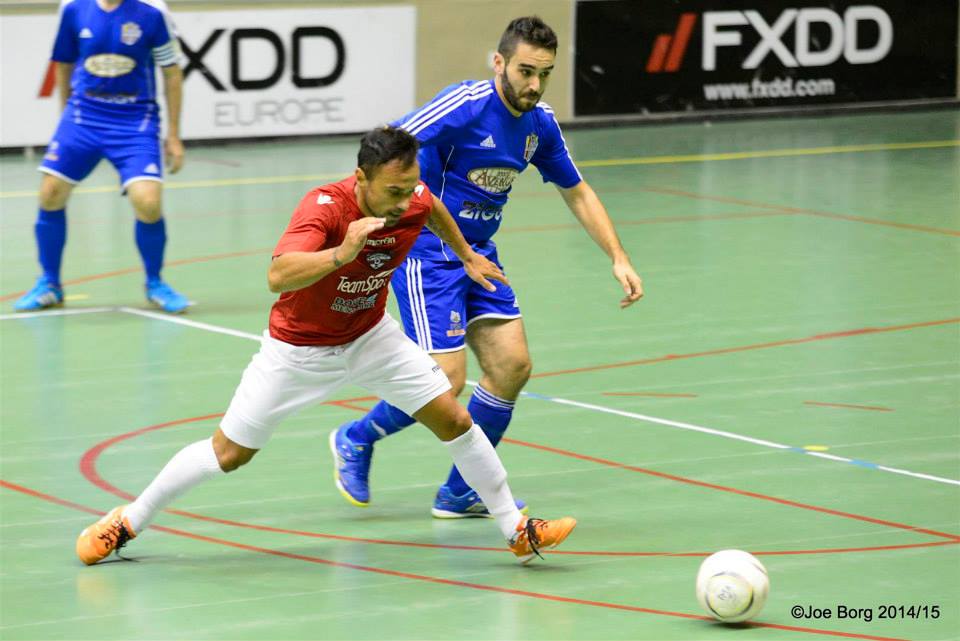 Balzan joined Luxol on top of the standings in the Premier Division after sweating hard to beat a determined Mosta side 4-3.

On paper, the Champions were favourites to win the three points without any difficulty but found Mosta, who had several players missing, determined to give a hard time to their opponents.

Glenn Bonello surged Balzan ahead after a good pass by Marco Conti.

But in the space of three minutes, Mosta managed to turn the tables by hitting the target three times through Ryan Buhagiar, James Mangion and Timothy Gingell.

Balzan reacted immediately and equalized from a free kick by Boycho Marev and a wonder lob by Marco Conti to make it 3-3 before half-time.

In the second half, Boycho Marev’s boys tried to impose their superiority but Mosta were organized in defence and operated some lethal counter attacks.

Glenn Bonello succeeded to score the winning goal on 30 minutes to secure the three important points for his team. 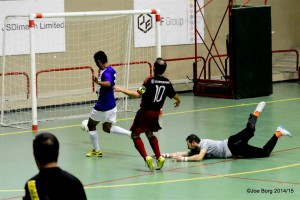 An improved Luxol side maintained their winning streak in the league as they saw off Hamrun Spartans 6-2.

As the clock struck the 6th minute Celino Alves was unlucky to hit the post.

Luck was on the Brazilian 20 seconds afterwards as he scored Luxol’s first goal after a one-two with Barbosa.

On 10 minutes Hamrun levelled the score as Michael Spiteri hit the target with a powerful shot.

Luxol produced a swift reaction and managed to strike ahead thanks to a Florin Anton grounder after a good assist by Alves.

Hamrun furiously surged into attack but found Luxol disciplined and organized as they defended boldly to install a 2-1 advantage before the break.

In the second half, Alves tried his luck on 25 minutes but his powerful drive was wide.

Hamrun keeper Brian Baldacchino had to show his best to block consecutive shots by Alves, Barbosa, Camilleri and Anton to keep his team in the match.

But the Hamrun custodian could do nothing in the following ten minutes as Luxol scored three more goals from William Barbosa, Celino Alves and Ibrahim Tarik.

The Spartans managed to reduce the arrears through Brazilian Rogerio Filho to make it 6-2 five minutes from the end.

James Ciangura, the Hamrun mentor, opted for the flying keeper to keep the pressure on Luxol but in one of their attacks, Luxol’s player/coach Florin Anton took advantage and scored his side’s sixth goal as he deposited the ball into the empty net. 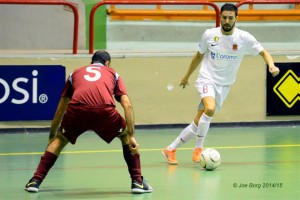 Valletta registered their first win of the season after a resounding 13-2 success over Gzira United.

The Citizens were superior to their opponents, scoring three goals inside the first half to secure the three points and a significant morale-booster ahead of their next arduous matches.

Gzira United produced a reaction pulling two goals before the break. But in the second half, the Citizens dominated the match and managed to score eight more goals.

Italian striker Denis di Maio grabbed the limelight as he scored six goals for his side with Brian Deguara, Dexter O’Brien, Cedric Sciberras, Daniel Mifsud, an own goal and a brace by Xavier Saliba completed the rout for Valletta. 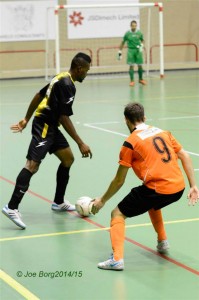 Surprise package Swieqi United made it two wins in a row as they defeated Qormi 6-4 to climb fourth in the table.

Serbian striker Zvezdan Vukovic continued to score vital goals for his team as he hit a hat-trick. Andrew Zammit Alessi, Fredrick Johsson and Paul Hyzler completed the mission for their side.

Juan Carlos Veira Peixoto and Blendi Gockaj were among the scorers for Qormi.