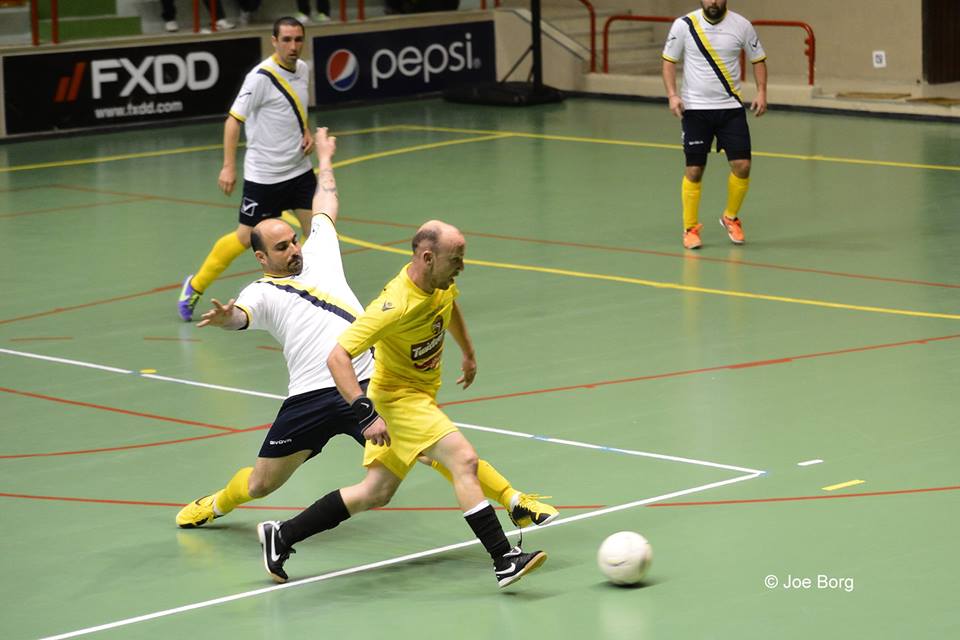 Qormi bagged the three important points to install themselves among the top eight of the FXDD Premier Division standings after a hard-fought 3-2 win against fourth-placed Pembroke.

It was an entertaining match full of thrilling occasions from both sides.

Qormi went close in the 9th minute with Mohammed Abdallah but his shot went wide.

Qormi seriously threatened to open the score in the 13th minute but Steve Shead’s freekick hit the post.

Pembroke went ahead in the 19th minute with Karl Azzopardi after a good move from his team-mates.

Qormi made a good comeback in the second half and scored twice from Allen Medati and Mark Camilleri to make it 2-1.

Pembroke again found the equalizer through Karl Azzopardi to complete a brace and give new hopes for his teams.

They pressed forward in search of the winning goal that would strengthen their top four position in the table.

But one minute from the end, Qormi scored what proved to be the winning goal. It was Allen Medati who hit the target to clinch a dramatic win for his side.