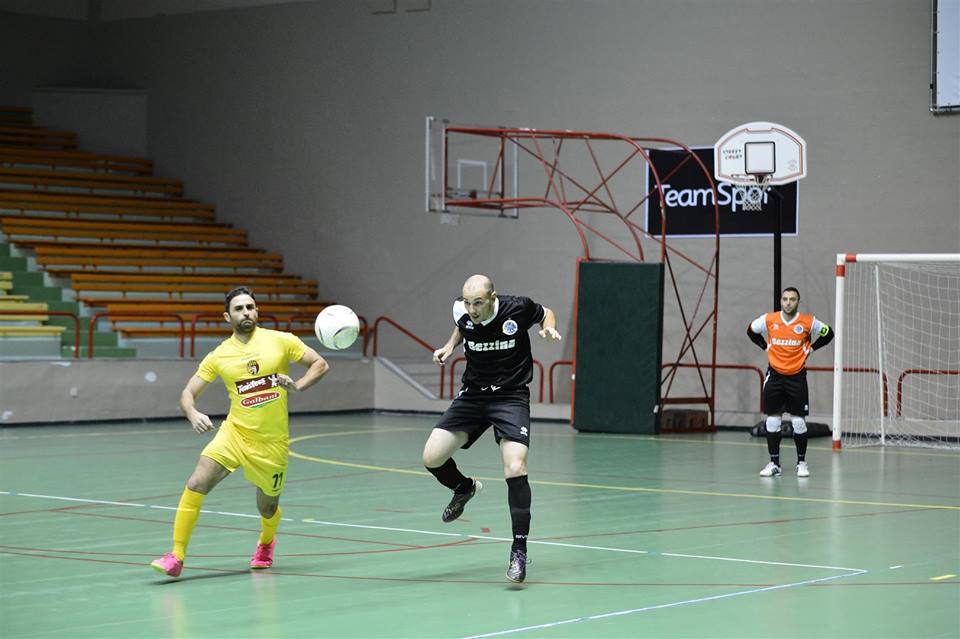 Hibernians kept flying high in the FXDD Premier Division after having the better of San Gwann 5-4. Despite registering their ninth consecutive win, it was not an easy stroll for the Paolites that found a well organized San Gwann side who defended bravely and operated some good counter-attacks.

The match entered in a drama when the score was 4-4 one minute thirty seconds from the end. It looked as if Hibernians were going to drop the first points. But Cedric Sciberras gave his side a hard-fought victory that put them first in the table three points more than second-placed Luxol and Balzan who have a match in hand.

The other Hibs goals were scored by a hat-trick from Xavier Saliba and Rui Almeida.

Balzan quickly answered to their rivals success after seeing off and dominating  Vittoriosa 10-2. It was Balzan’s eighth consecutive victory.

Hamrun Spartans stunned Qormi by winning 8-0. It was an impressive performance by the Spartans who climbed sixth in the table to reach Melita.

Elamari proved to be Hamrun’s hero when he scored 4 goals. A brace from Christian Cuadros Silva, a penalty from Spiteri and an own goal completed the matters for their side who registered their fourth win of the season.

Mosta defeated Swieqi 8-4 to gain the ninth spot in the table. In the first half Mosta played well, they dominated their opponents but failed a lot of chances at goal. The first half finished 2-1.

In the second half although Mosta scored their third goal, Swieqi made a good comeback and they levelled the score 3-3.

But this goal proved to be Mosta’s injection as they scored the fourth goal and from then onwards it was a one way traffic match.