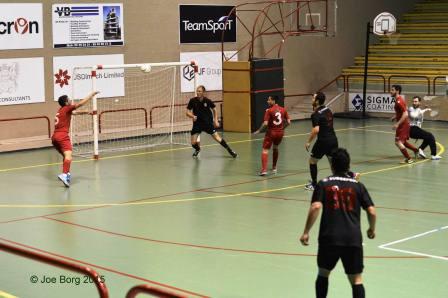 Both Balzan and Valletta edged out in last week’s big matches against Hamrun and Swieqi.

Balzan are now only one point behind Hamrun as they came out victorious 5-3.

Balzan found it hard to break the deadlock and scored the first half’s only goal through Frane Despotovic’s header.

The same Despotovic also played as a flying keeper trying to double the score for Balzan.

In the second half, Balzan pushed forward and Mark Zammit had an immediate brace.

Valletta had some hard times, in what would have been a remarkable victory against Swieqi.

It was a delicate encounter for both teams which meant their presence in the final playoffs.

Swieqi appeared to have the Citizens in a headlock, slotting goals by Andrew Sammut Alessi’s brace, Patrick Kinni, Andrew Decesare, Fredrik Johansson and an autogoal.

In the end, braces from Javier Montes Burgos and Dennis di Maio, together with goals from Shawn Vella, Melvin Borg and Xavier Saliba, gave another important victory to the Citizens.

Almost relegated Zebbug Rangers had to suffer another defeat from their neighbours Qormi.