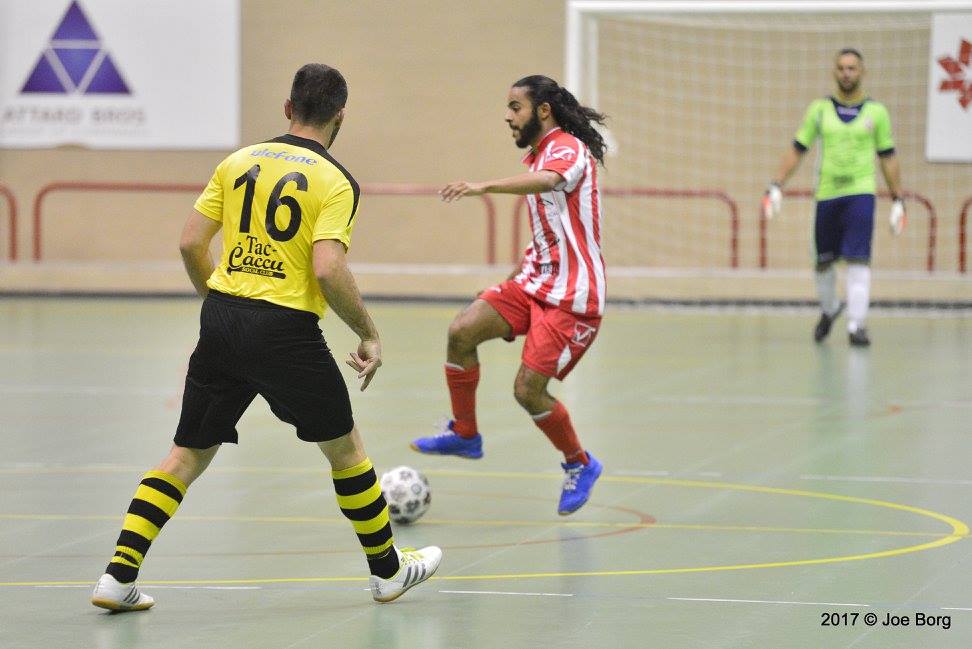 ROBERT BUSUTTIL
Msida continued their impressive march at the top of the Gatorade First Division standings after overcoming Safi San Lorenzo 7-3.
As the scoreline indicates, Msida produced a positive performance to impose themselves on court and land their tenth win of the season.
The Seasiders were again mastered by the usual Mohammed Elamari who helped himself with a hat-trick while Chris Cardona was also in scintillating form as he netted a brace.
Ryan Xuereb and Floren Manea completed the score for Msida who face their direct encounter against rivals Sliema on May 4th.
Alexei Saliba, Clive Calleja and Sean Vella were the goal-getters for Safi.
Qormi earned three precious points in a very close match against Qrendi as they won 6-3.
Nippy strikers George Chircop and Miguel Alcaraz maintained their goal-scoring spree after hitting the target twice for Qormi while Sam Vella and James Tabone added to their tally.
Qrendi, who offered stern resistence to their opponents, replied through goals from Alan Spiteri, Bertram Azzopardi and an own goal by Etienne Bonnici.
In another clash from the bottom end of the table, Swieqi Under 21 came from behind to see off Marsascala 3-1.
Reuben Degabriele put Marsascala ahead on 11 minutes. But the youngsters from Swieqi stormed back and goals from Dean Bonello, Darryl Schembri and own goal by Ryan Mifsud earned them the three points.