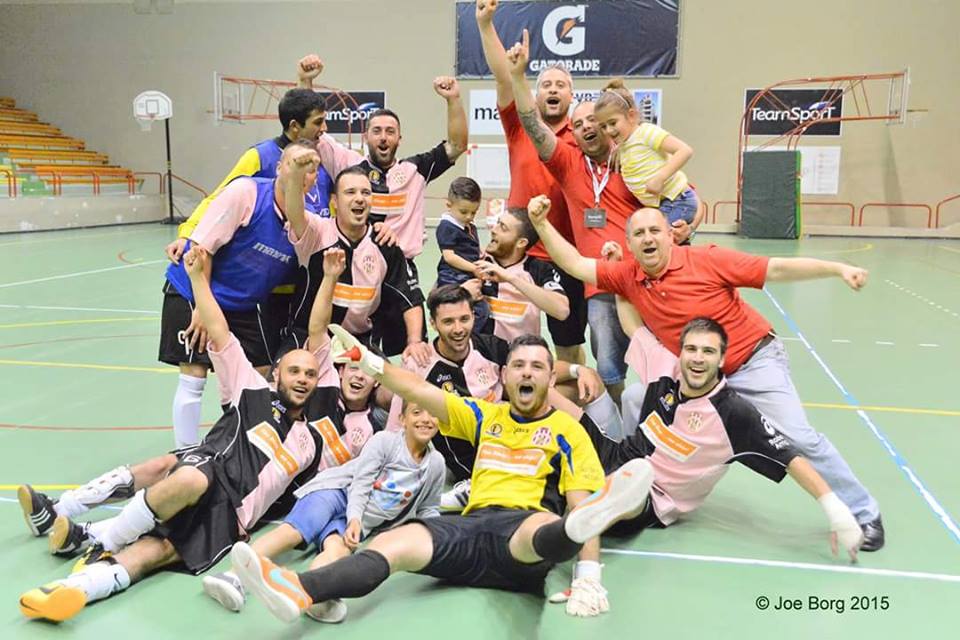 Msida St Joseph were promoted to the Gatorade Futsal Premier League after seeing off a mighty Naxxar Lions side 8-5.

It was an evenly balanced match that kept all those present at the Corradino Pavillion on tenterhooks.

The match had to go on extra-time after both sides were tied on a 4-4 scoreline.

Despite their defeat, Naxxar Lions have to be lauded for their play as they showed character and determination during the match.

The game had an outstanding start as Ryan Mifsud broke the deadlock for the Lions on four minutes after a precise pass from Daniel Brincat.

However Msida St Joseph made a bold reaction and managed to restore parity through a well-taken penalty by Zvezdan Vukovic.

The latter was creating a lot of havoc to Naxxar’s defensive department as on 14 minutes he passed the ball to Chris Cutajar who slotted home to make it 2-1.

Msida were taking the upper hand with Gabriel Mansueto being kept busy with some important saves during the first half.

Mansueto had to succumb on 17 minutes when Aleksander Kristonijevic’s shot finished inside the net.

Although having a two-goal deficit, Naxxar refused to give up and Kurt Baldacchino reduced the arrears before the break,  as he tapped in an Adrian Fenech pass.

In the second half, the match continued to be evenly balanced with both goalkeepers saving the day for their respective teams.

Naxxar took advantage of a defensive blunder and managed to equalize after a fine lob by Daniel Brincat.

Msida succeded to restore their advantage when Herbert Spiteri scored from close range after a fine corner by Vukovic.

Despite this goal, Naxxar continued to march forward and managed to grab the equalizer when Ryan Mifsud’s grounder finished behind Keith Cassar Jackson to score a dramatic goal that took the match to extra-time.

In the extra-time, Naxxar had two great opportunities to surge ahead but Wismayer and Fenech failed to capitalize two consecutive free shots.

In a swift counterattack, Kristonijevic found the net for Msida’s fifth goal but immediately after the Lions reacted and clinched parity through Ryan Mifsud to complete a personal hat-trick.

After Azzopardi was unlucky to hit the post for Naxxar, it was Marian Gologan who stole the show as he found a dramatic goal to make it 6-5 for his team.

Then Naxxar’s mentor Carlo Scicluna opted for Christian Wismayer as the flying keeper to pile more pressure to Msida’s defence.

However this tactical change didn’t produce the desired effect as they left their post exposed and it was Aleksandar Kristonijevic that took advantage to score a quickfire brace to rubber-stamp an important victory for his team.

The end of the game brought joy amongst the Msida clan who saw their dream come true as now they join the already promoted Lija and Mellieha to Premier Division. 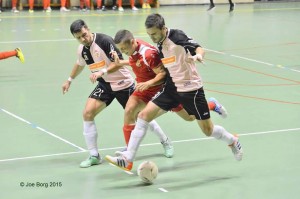