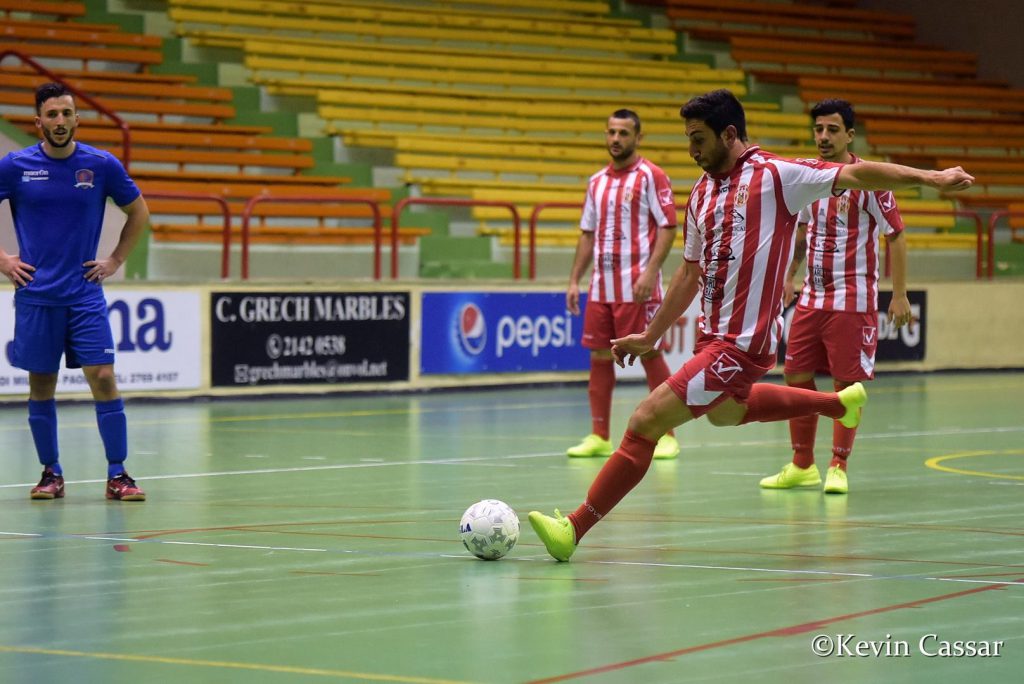 ROBERT BUSUTTIL
Msida St Joseph beat Mriehel ESS 7-6 in last Monday’s top-of-the-table clash to open a one-point lead at the top of the standings although playing a game more.
The match lived up to expectations with both teams playing their hearts out to obtain the desired victory.
Msida had the better chances during the first half as they stormed to a 4-0 advantage in the first minutes of the match.
The shell-shocked Mriehel did their best to contain their opponents and after a time-out called by their coach, they were a transformed side as they succeeded in scoring three goals in succession to reduce the score to 4-3 before half time.
In the second half, the match resumed its exciting moments as Mriehel restored parity soon after.
The match was a rollercoaster of emotions as Msida keeper performed crucial saves to keep his side in the match.
The Seasiders made sure of the points in the last part of the game to temporarily move top of the standings although playing a game more than their rivals Sliema.
George Frendo was Msida’s star as he netted a hat-trick while Mohammed Elamari hit a brace. Liam Cachia and Chris Cardona were their other goal-scorers.
Mriehel, who missed a golden opportunity to move top of the table, had Marwan Terlisi, Ayoub Ahmad and Eslam Khalifa scoring a brace apiece.

In another match played on Monday, Qormi Futsal grabbed their second consecutive win after they annihilated Tarxien JMI 6-0.
The Yellows dominated the game from start to finish as they had George Chircop hitting the target three times while Miguel Alcaraz, Antoine Galea and James Tabone were also on the mark.
A polished Safi San Lorenzo side returned to winning ways after a 5-0 victory over bottom club Zurrieq Wolves.
Safi were motivated to get the three points after their latest disappointing results as goals from Clive Calleja (2), Sean Vella, Mauro Damato and Nathaniel Borg ensured of their seventh victory of the season.