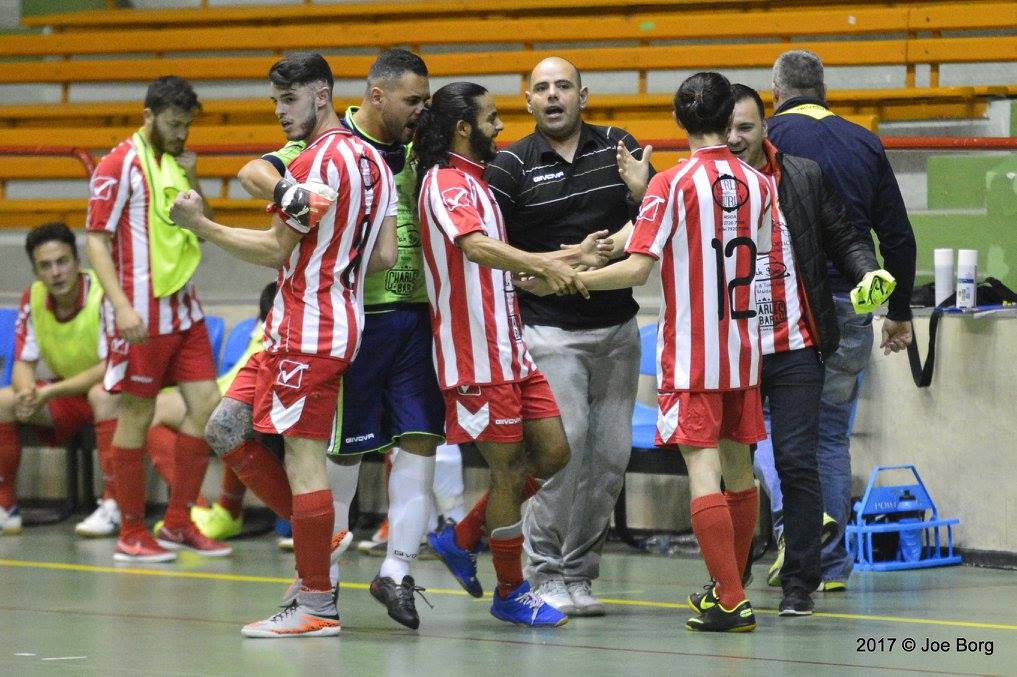 ROBERT BUSUTTIL
Msida St Joseph maintained their superb form in the Gatorade First Division to cruise to another convincing victory, this time at the expense of Qormi Futsal.
The Seasiders are now one point ahead of nearest rivals Sliema and two points from third-placed Mriehel ESS.
Despite their 5-3 defeat, Qormi Futsal gave their all during the entire match also finding the time to establish a quickfire double advantage before the break.
Msida started the second period on the offensive and in no time they managed to level the matters and pave the way for their ninth win of the season.
Mohammed Elamari was twice on the mark for Msida while Liam Cachia, Floren Manea and an own goal completed to their score.
George Chircop, Andrew Catania and Lawrence Vella were the goal-getters for Qormi.

Safi San Lorenzo chalked up their second consecutive win to maintain their intention for a play-off spot after a 7-2 scoreline over Tarxien JMI.
It took Safi only two minutes to take the lead through Clive Calleja but five minutes later Tarxien restored parity through Preston Ellul.
Safi extended their advantage through Sean Vella and Clive Calleja until Allan Cachia reduced the gap to 3-2 before half-time.
Tarxien tried to be more adventurous in their approach in the second half but in so doing, they left the backdoor wide open and Safi took full advantage to score four more goals through Mauro Damato, Clive Calleja, Reuben Vella and Neil Vella to round up the scoring.

Meanwhile Qrendi chalked up their second consecutive win as they handed Mriehel ESS an unexpected 10-8 defeat.
Qrendi duo Antonello Brincat and Craig Pickard were behind the Greens’ success as they marshalled their team to victory.
On the other hand, Mriehel had some key players missing and these were certainly felt as they suffered their second consecutive defeat.
Antonello Brincat, Craig Pickard, Alan Spiteri and Bertram Azzopardi helped themselves with a brace apiece while David Delicata and Dwayne Grech were also on target for Qrendi.
Ayoub Ahmad notched a poker, Faisal Alnakua hit the target twice while Kamal Edgeli and Ayrton Duncan were also on the mark for Mriehel.