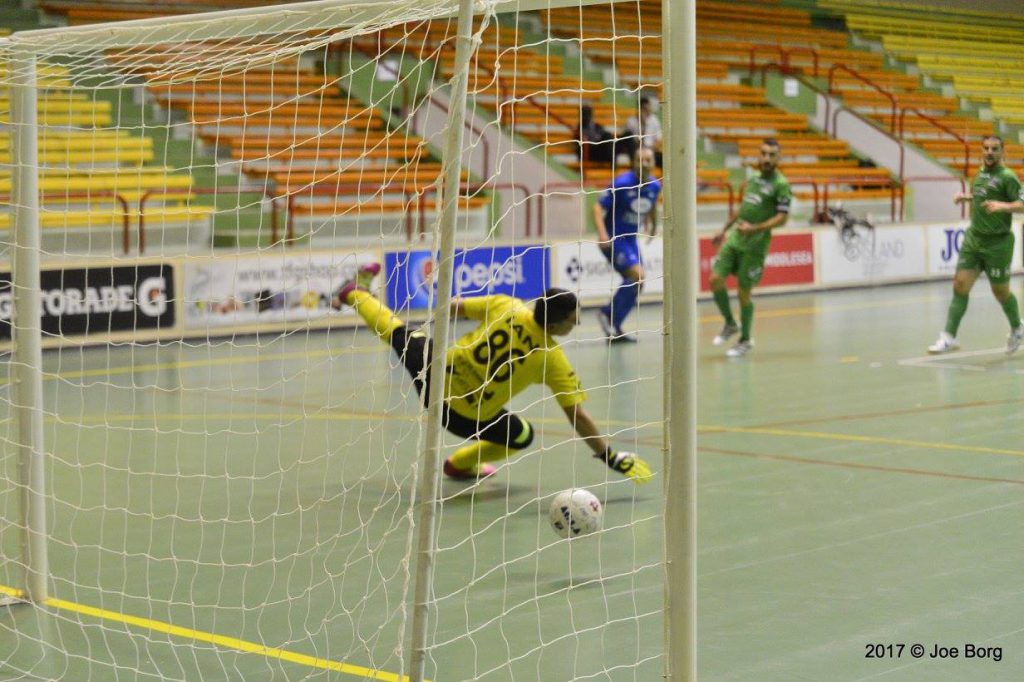 ROBERT BUSUTTIL
Title hopefuls Mriehel ESS launched their Gatorade Division One second phase campaign on a winning note as they stormed to a 5-1 win over Safi San Lorenzo.
This win underlined their ambitions to challenge for the title alongside Sliema Wanderers and Msida St Joseph.
They dominated from the start and managed to open the scoring through Marwan Telisi on four minutes.
Safi tried to produce a reaction but conceded again during their best patch as Eslam Khalifa doubled Mriehel’s lead on 13 minutes.
The same player completed a personal brace two minutes from the break after a fast counter attack.
Mriehel started strongly after the change of ends as Essa Benatiya extended their lead to 4-0.
Safi pulled one goal back on 29 minutes through Clive Calleja but four minutes later, Marwan Telisi sealed Mriehel’s victory with a fifth goal.

Meanwhile, Qormi Futsal crushed Zurrieq Wolves 7-0 to end their five-match winless drought.
The Yellows were the more enterprising team and the final outcome was never in doubt.
They paved way for their emphatic victory with a two-goal burst in the opening 20 minutes following strikes from James Tabone and Antoine Galea.
Qormi added five more goals in the second half through Jonathan Debono, Bernard Sciberras, Miguel Alcaraz, George Chircop and Patrick Barbara.
Tarxien JMI chalked up a handsome 6-2 win over Marsascala Construct Furniture to grab their third victory of the season.
The Sea Southsiders produced a decent challenge in opening part of the second half, reducing the score in the process but fell apart after Tarxien scored four more goals to suffer a disappointing defeat.
Joseph Meilak was twice on the mark while Silio Saliba, Malcolm Berry, Clayton Debono and an own goal by Matthew Grima were the other goal-getters for Tarxien.
Marsascala reduced the gap through Ryan Mifsud and Reuben Degabriele.