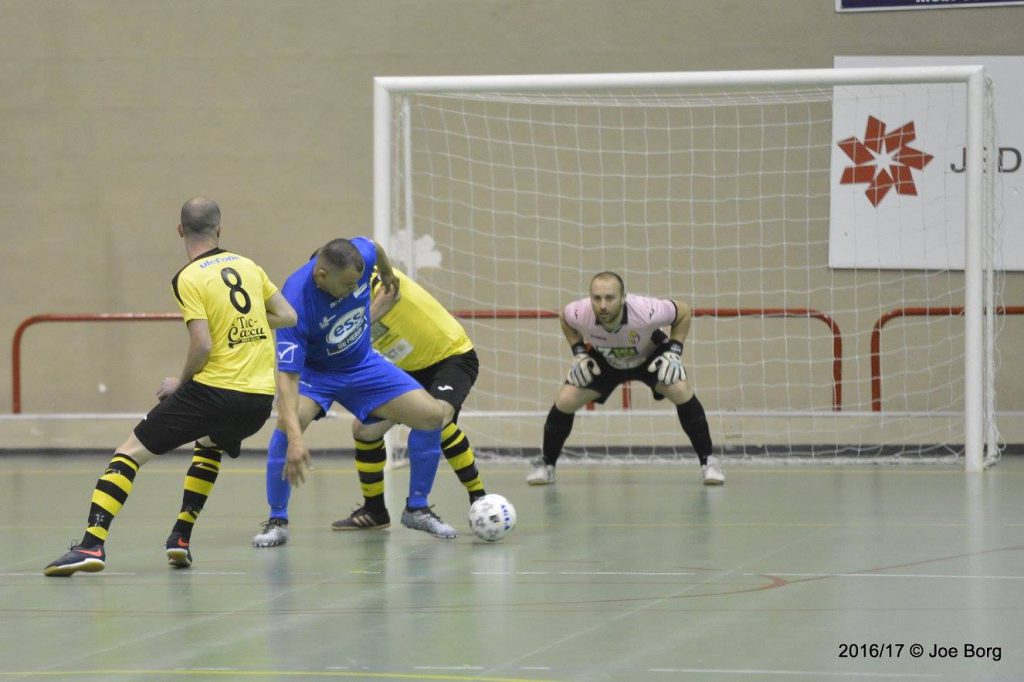 ROBERT BUSUTTIL
Mriehel ESS were back to winning ways when they came from behind to beat Qormi Futsal 8-2 after another round of matches from the Gatorade First Division was played at the Corradino Pavillion.

This was Mriehel’s first win after a barren run of three matches which had seen them suffer back-to-back defeats to Sliema, Qrendi and Msida.
The match turned out to be highly entertaining with both teams playing attacking futsal with Mriehel easily administrating a late lead till the end.
Ayoub Ahmad helped himself with a brace while Kenneth Bonanno,Essa Benatiya, Marwan Telisi, Faisal Alnakua, Kamal Edgeli and Eslam Khalifa were also on target for Mriehel.
James Tabone was twice on the mark for Qormi.

Tarxien JMI and Swieqi Under 21, two sides struggling to move away from the basement zone, produced an exciting match. Neither team will have been satisfied with the drawn outcome as Tarxien edged Swieqi 5-4.
Tarxien were by far the better side in the first part of the match, during which they stormed into a three-goal lead with strikes from Ruben Sanchez, Joseph Meilak and Mark Galea.
Just after the break, Jurgen Ciantar pulled one back for the youths but Tarxien extended their lead as Ruben Sanchez and Michele Bucciano were also on the mark.
Swieqi tried to make a late comeback as goals from Timmy Gingell, Karl Sciortino and Darryl Schembri were not enough to salvage them a point.
The same score was registered in another evenly contested match as Marsascala overcame the stiff opposition of Safi San Lorenzo.
The Southseasiders came from behind to beat a mighty Safi side who got the upperhand in the first part of the match.
However Marsascala quickly levelled the matters to hit back and also managing to turn the tables in the process.
The match continued to be a rollercoaster of emotions even in the second half as both teams produced attacking futsal.
However it was Marsascala who applied the killer touch seconds from the end of the match.
Johann Callus was twice on the mark for Marsascala while Reuben Degabriele, Steve Gambin and Franklin Abela added to their tally.
Safi had Clive Calleja netting a brace as Alexei Saliba and Mauro Damato also put their names on the score sheet.