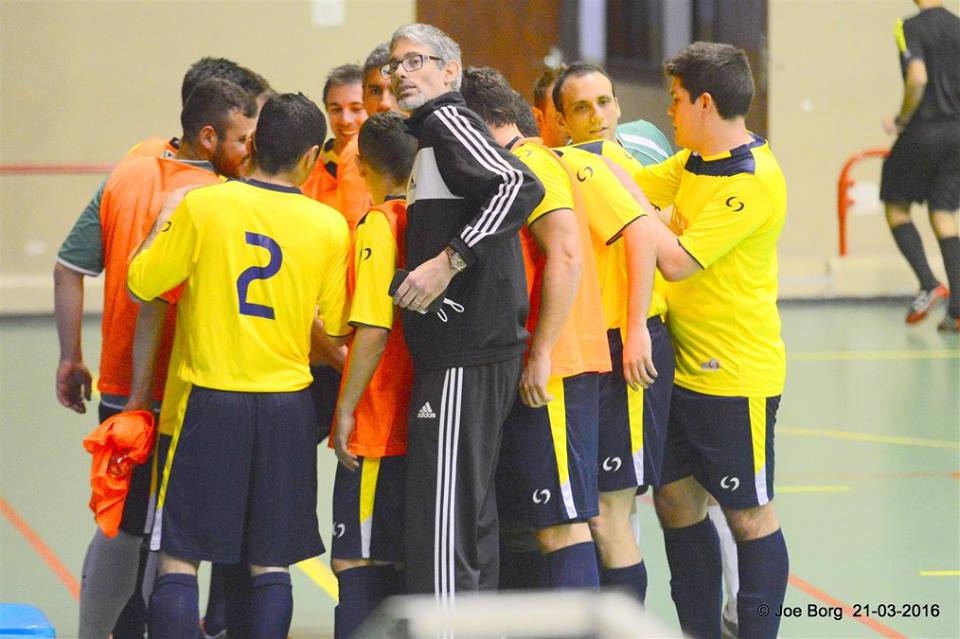 Mqabba clinched a Gatorade First Division play-off berth after seeing off Marsascala 4-2.
It wasn’t an easy task for Kevin Loughborough’s side as they had to endure a tenacious Marsascala side that gave their all against their most quoted opponents.
The latter were playing their last match of the season and as Josef Balzan said, the South seasiders were extremely satisfied for their first season in local futsal and are keen to participate again in the forthcoming futsal competitions.
Marsascala surged ahead after four minutes but Mqabba had a great comeback as they turned the tables before the break.
In the second half, Marsascala started aggressively in search of goal and managed to score the 3-2.
Despite all this, Mqabba kept their cool as they closed the game seven minutes from the end to secure a place in next Thursday’s play-off semifinals.
Borja Lopez Fernandez, Thomas Consoli, Ryan Mifsud and Leandros Calleja were on the mark for Mqabba while Johann Callus scored a brace for Marsascala.
Mdina ended their official commitments for this season with a 10-7 win over lowly Qrendi.
It was an exciting match that produced 17 goals with both sides without any pressure that resulted in some good futsal.
The Knights extended their unbeaten run to five matches and managed to end positively this season with their coach Kyle Sultana describing as full of ups and downs.
Nippy striker Cleavon Portelli inspired the University students as he netted a hat-trick while Jake Grech and Roberto Sarcia hit a brace.
Andrea Farrugia, Gaetano Gesualdi and Neil Cauchi completed the mission for Mdina.
Qrendi, who were also playing their last match of the season, had their playmaker Antonello Brincat in fine form after scoring five goals as Owen Fiteni hit a brace.
The Gatorade First Division will resume next Thursday as Gozo play against Sliema while Zebbug entertain Sirens.
If Sliema win their last match against Gozo, they would ensure themselves of the first position in the table.