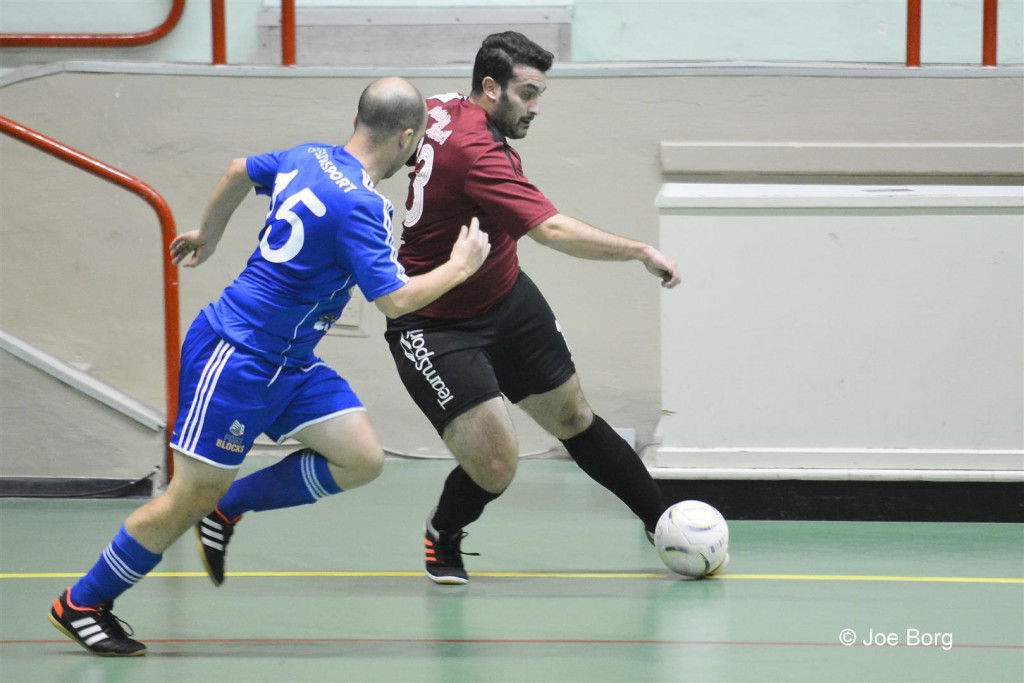 Mosta and Vittoriosa marked their tenth appearance in the FXDD Premier Division by sharing the spoils in an eight-goal thriller in a match played at the Corradino Pavillion.

A draw was a fair reflection on a game in which both sides had their own chances at goal. The goalkeepers were their side’s respective heroes as they made a string of good saves to keep their respective team in the match.

Vittoriosa were leading 4-0 until the 25th minute with goals scored by Luke Stivala (2 goals), Andre Azzopardi and Jason Mifsud. Everything looked settled for an easy win for the Cottonera side.

But Mosta responded and made an exceptional comeback by scoring four times through Matthew Borg, George Douglas Saliba, Timothy Gingell and Armando Gjepali to make the final score 4-4.