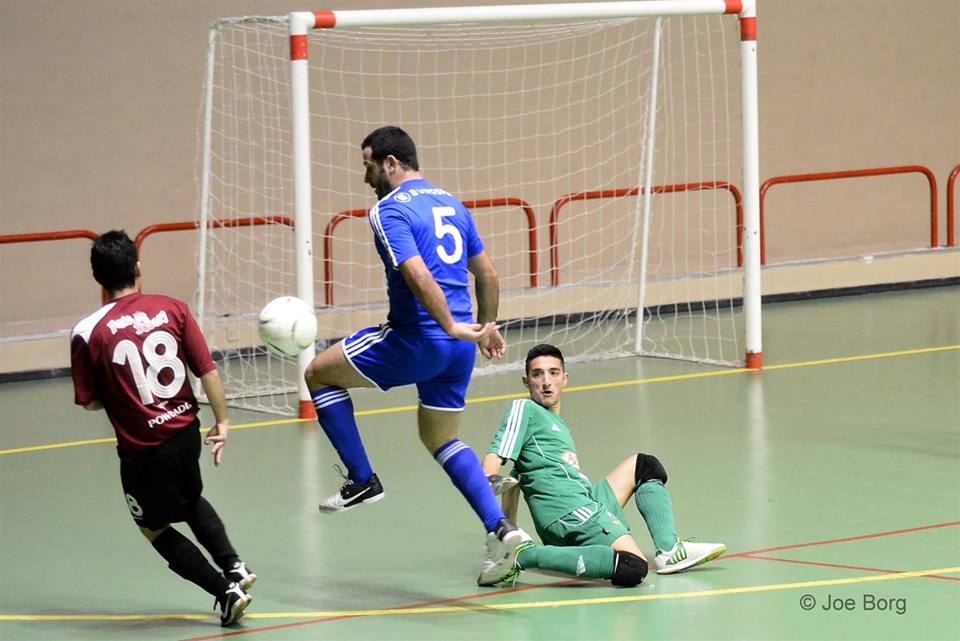 Eventually the FMA Protests Board  awarded Mosta a 2-0 over Balzan after upholding their protest over the eligibility of Boycho Marev.

Mosta were consequently awarded the three points and this meant a complete overhaul in the standings as they climbed at the top of the relegation pool to eventually take the championship.

During their match against Luqa, both teams adopted a cautious approach in the initial minutes and tried to create goal scoring opportunities through counter attacks.

Mosta broke the deadlock just before half-time when Armando Gjepali’s low shot found the back of the net.

In the second half, Mosta doubled the score when from another swift counter attack, Armando Gjepali hit the target for his personal brace.

Luqa were now pressing for the goal that could have got them back into the match but from another counter attack, Ryan Buhagiar scored Mosta’s third goal.

Luqa managed to grab a goal back three minutes from the end through Chris Cardona. This goal injected more drama into the match as Luqa opted to play with their flying keeper to enhance their offensive department.

This option led to Mosta’s fourth goal as Ryan Buhagiar stole the ball and fired into an empty net to secure his team’s sixth victory of the season.

Swieqi clinched their fourth consecutive victory after seeing off  Melita 8-0.

It was a special match for Swieqi’s Paul Hyzler who returned to play after an absence of ten weeks due to an injury. The latter paved the way to his team’s victory after netting a goal. Fredrik Johansson, Marcus Pereira and Patrick Briscoe White were among the scorers for Swieqi who finished fourth in the Relegation Pool standings.