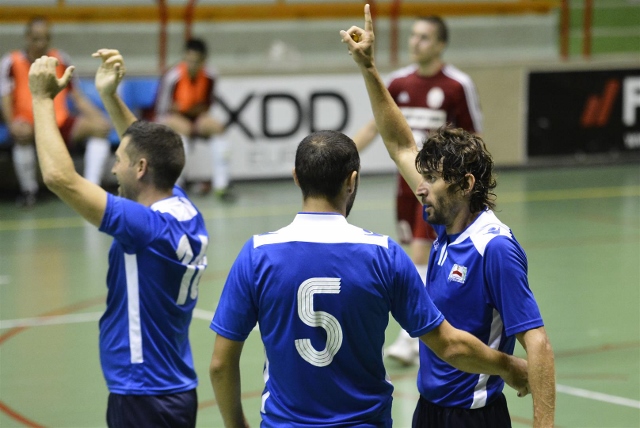 Mellieha and Lija Athletic, the top teams of the First Division, set the scene of a thrilling encounter.

Both teams had a tough job on their hands and played a very fast and tactical game.

Lija took the lead through Aleksander Ribic after 5 minutes play.

5 minutes later, Nikolay Filpov levelled the matters and Lija came back in the 15th minute through Aleksander Ribic once again.

The second half came up to be decisive, as both teams wanted to win.

At times it came up to be a tense encounter with a series of fouls, 5 yellow cards, including the second card shown to Lija’s goalkeeper Stefan Vella who had been sent off.

Two more goals from Nikolay Filipov, Lija’s Adrian Marin’s brace and a goal from Michael Mizzi, made them 6-6. Everyone thought that this was going to be the end result of a very competitive and and hard fought match.

But Mellieha were definitively gone in thirty seconds. Lija missed a free-shot and a very controversial referee’s decision, gave a free-shot to Mellieha.

Mellieha are now momentarily on top of the First Division’s table with 18 points, followed by Lija Athletic with 15 points.