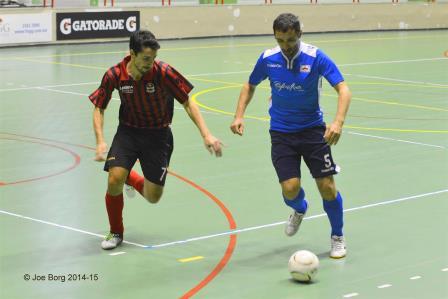 Mellieha and Lija maintained their good form of late in the First Division after seeing off Attard and Mdina respectively to consolidate their top position in the standings.

A goal after three minutes paved the way for Mellieha’s victory over fifth-placed Attard who offered stiff resistance in the first half even finding the time to level the matters.

But in the second half, the Northerners increased their pressure and managed to score the winning goals that gave them the three precious points.

Lija Athletics emulated their nearest rivals by chalking their ninth win of the season after beating Mdina Knights 6-1.

After finding themselves a goal down, the Athletics reacted swiftly and managed to restore parity twenty seconds later.

This goal revived Lija’s intentions to bag the three points and keep up with Mellieha in the promotion hunt having also a game in hand.

Florin Manea and Aleksandar Ribic netted twice for Lija with Jason Gauci and Mark Mizzi getting the other goals.