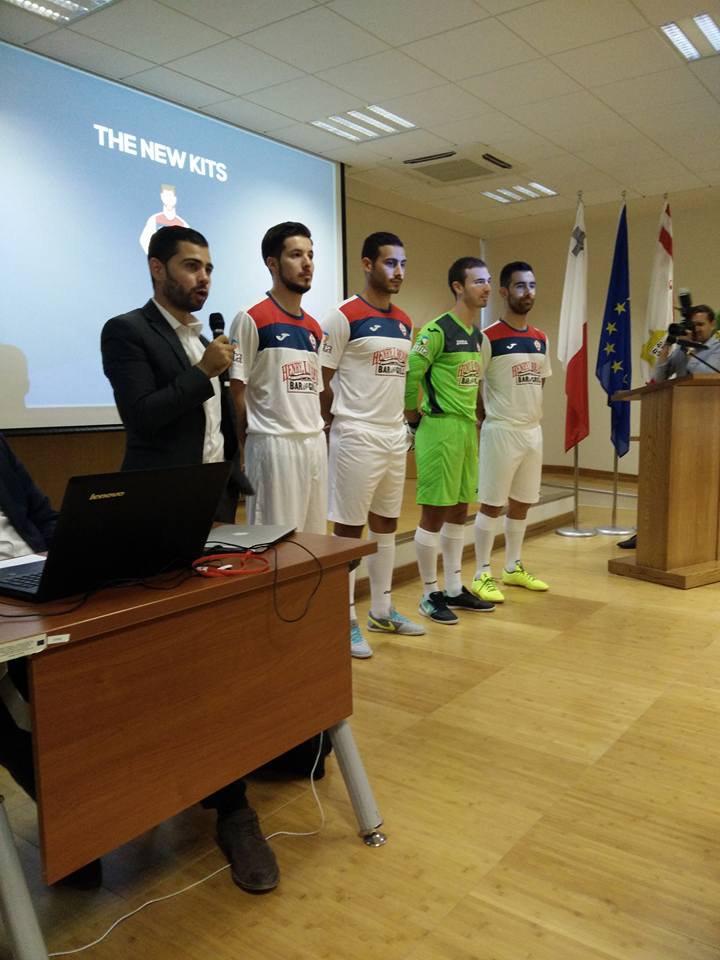 UoM (University of Malta) Mdina Knights Futsal officially launched their second presence in the local futsal league, during a presentation held at the University’s IT Services Auditorium.

This second season will be the continuation of a successful project between the MUSC (Malta University Sports Club), KSU (Kunsill Studenti Universitarji) and Mdina Knights FC together with new sponsors coming on board. UoM Mdina Knights invested a lot in improving the team’s image as this also reflects the image of the University Students. During the launch those present were really impressed with the positive approach shown from the UoM Mdina Knights executive committee and players. Together with the hard working training in preparation for the coming league, UoM Mdina Knights will be always in touch with their followers through the brand new website which incorporates all the social media and will include live blogging and live score during Mdina Knights Futsal’s matches. They also introduced a membership scheme with various advantageous offers from the sponsors. UoM Mdina Knights will make a hit in their merchandising which will boost up during the University Freshers Week and also will be available online. Apart from the commercial aspect which will help the clubs’ growth, RIDT (Research, Innovation & Development Trust) will be part of the Mdina Knights’ Project where part of the membership fee will be dedicated to ALS’ research. Various activities like Futsal Friendlies will also be organised as part of the fund raising for the University’s research to combat Motor Neuron diseases like ALS.

Last but not least, UoM Mdina Knights Futsal presented their new official kit which will be used throughout the coming futsal season. The kit’s colour is white based with red and royal blue which incorporates the University of Malta and the affiliation with Mdina Knights FC.