Q. Who is Matthew Attard?

A. Matthew Attard age 17 and lives in Mosta.  For these last 4 years, he played football with Mosta FC Youth Nursery.  Matthew  is also a student at ITS, and a student worker at Westin Dragonara Resort.  His main hobbies are playing Football and Futsal.

Q. How he started playing Futsal?

A. While he was playing with Mosta FCYN U-17’s, he was recommended by Head Coach Mark Marlow, to have a chance and try Futsal. He was recommended to join Mosta Futsal Team, where he used to attend training, and had the chance to play in the 1st. Division League games as well. He really likes playing Futsal, and this experience boosted him a lot.  He was lucky enough to be coached by one of the best player and coach Boicho Marev.  He showed interest in him, and encouraged him to keep playing Futsal, he has all the chances become a really good player.   He aims to keep on playing Futsal and keep working and listen from his coaches.  As Matthew said, playing Futsal is great as it gives you more confidence with the ball and makes you more keen to learn more.

Q. What are the views about the Maltese Futsal and its future?

A. In his opinion, the Maltese Futsal is getting more competitive with the majority of the teams having foreign international players.  Futsal is increasing in popularity and the standard is getting higher and tougher.

Q. What are his plans for his future, especially in Futsal (but not only in Futsal)?

A. His future plans are to keep on playing Futsal, with Mosta Futsal Team, and hoping that one day he will be called with the National Team.  He is making his best to to work hard for it, and make it happen.  Apart from Futsal and football, he will keep on studying to become a chef and settle the job for life. 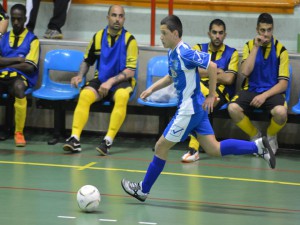