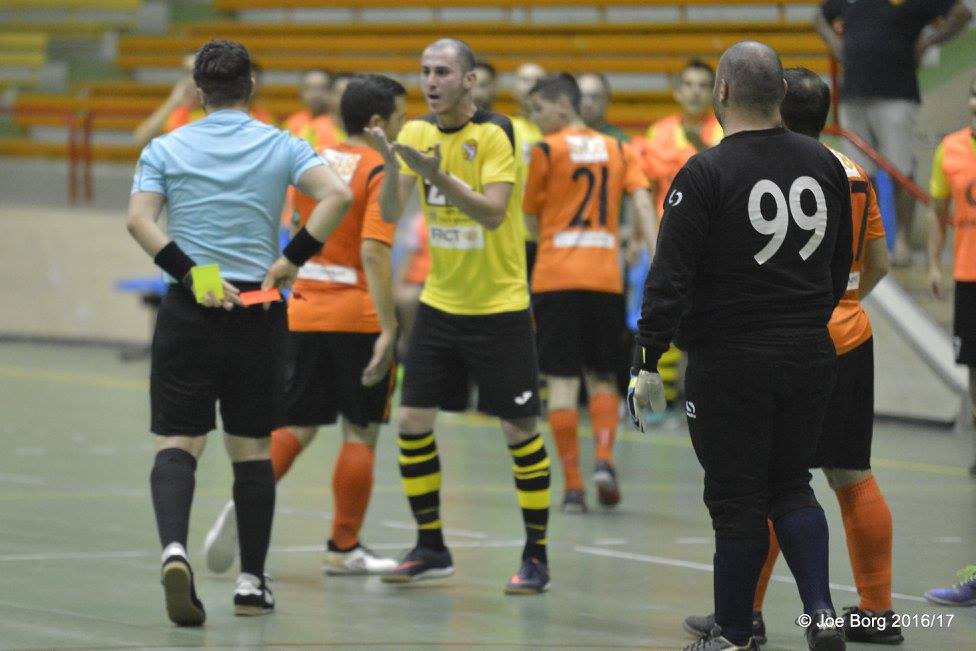 What appeared to be a normal and pleasant match between Qormi and Swieqi U21, ended up in the least expected way. Swieqi’s youngsters opened the score and Qormi replied back and equalised the score. In the last playing minute of the first half, a normal foul led to unexpected excessive behaviour. Consequently the referee showed the second yellow card to Swieqi’s Lydon Baldacchino, while Qormi’s George Chircop was given a straight red card. Having these players expelled led to an escalation of tension resulting in the referees abandoning the match with only 47 seconds left to be played in the first half, with the score of 1-1.
In the meantime according to the referee’s report, he was physically attacked and intimidated by George Chircop. Thus the discipline board decided to suspend with immediate effect Qormi’s player George Chircop till the 9th May 2018. Qormi are going to appeal this decision as they are saying that this report is inflated.