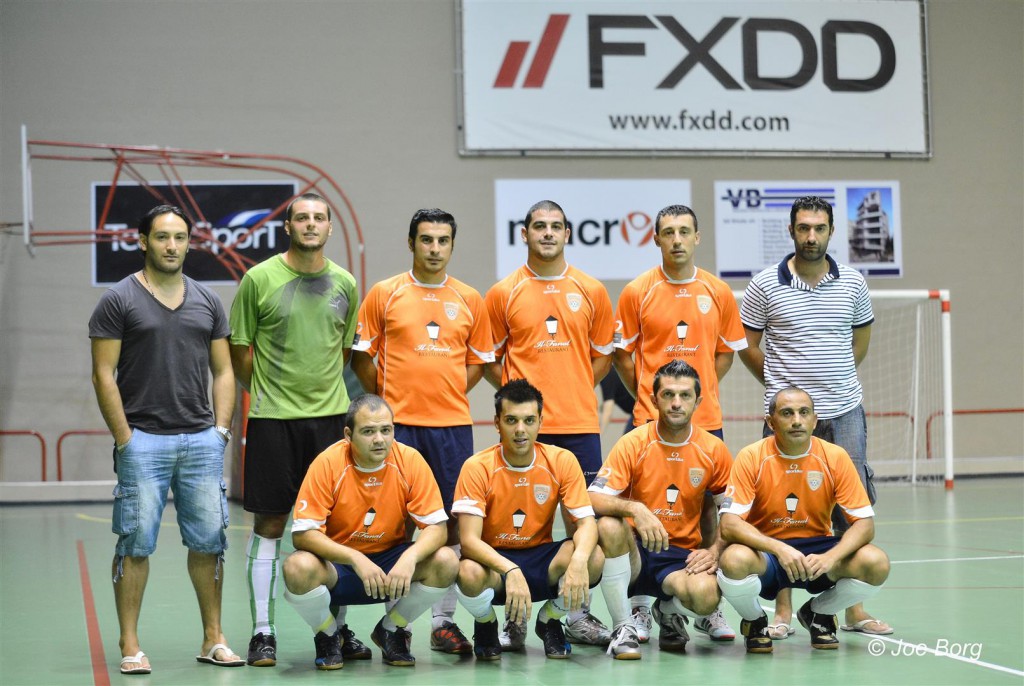 This website will dedicate an article to all participating teams in the Premier and First Division. Today we meet Marsaskala Futsal Club, fresh from their success last season after being promoted to an upper division.

As their facebook page suggests, Marsaskala Futsal Club started in the summer of 2011 where a group of friends from Birżebbuġa decided to reunite after playing for the local team and venture in the Futsal Experience.

Marsaskala FC squad will be  composed of 13 players  for the coming season:

The team will be under the guidance of coaches Paul Saliba and Peter M. Cachia.


This website contacted Anthero Agius, who plays with Marsaskala Futsal. He told us that following a very intense campaign last year, Marsaskala proved to be a team to beat with just a couple of games lost on the pitch with the team conceding less goals within the entire 4 divisions. The team’s  backbone remained the same and thus their main objective for this season will be to finish in the top standings positions in the First Division.
He also believes in the motto that led Marsaskala being promoted to an upper division: Dedication and team spirit are the secret of success.