At my work place I came to know that one of my colleagues used to be a striker for St.George’s Football Club.  Apart from that his son Marco Mizzi plays futsal with Marsascala.

Plays for Marsascala Futsal and works as a software developer.

He considers himself as a determined person.

Unfortunately he doesn’t remember his father playing as he retired from football when Marco was still very young. However both parents encouraged him to start playing football from a very young age and in fact he joined Birzebugia’s Youth Nursery at the age of 8.

Marco began playing futsal about 5 years ago when his friend asked him to join the team he was playing for.

The best moment in futsal so far is being promoted to the Second Division with Marsascala last year. Now Marsascala are actually playing in the First Division.

His main objective with Marsascala for this season is to help the team earn a respectable place in the league.

In the future Marco Mizzi will keep on playing futsal as long as he can and hopefully obtaining more success along the way.

The Futsal Malta Association wishes him most of luck and encourages such players to keep on participating and thus promoting the game of futsal. 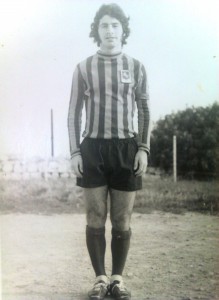 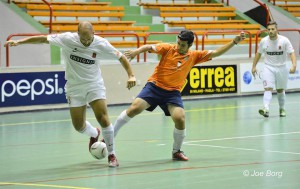