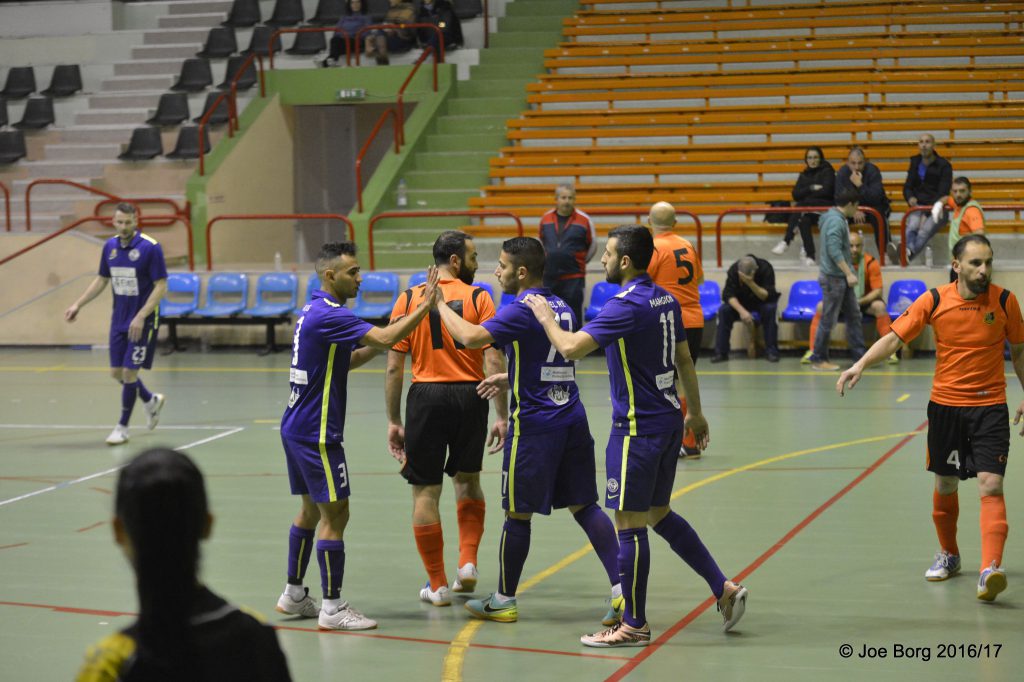 ROBERT BUSUTTIL
Luxol scored very much at will to dump Zurrieq Wolves 23-0, thus keeping up the monotonous one-sided affairs in the first phase of the Gatorade Futsal League.
The Wolves’ aspirations did not extend beyond trying to avoid a heavy defeat against opponents who thrive primarily on fast incursions and varied offensive tactics.
Once surging ahead, from then on it was steamrolling for the league leaders who had once again their Brazilian talisman Celino Alves in fine form as he contributed to many of their goals.
Alves, together with Nicola Del Re and Andy Mangion notched a poker apiece while Dejan Bizjak found the net three times.
On the other hand, Zvezdan Vukovic, Frane Despotovic and Carl Azzopardi hit the target twice while Matthew Attard and an own goal rubberstamped Luxol’s massive victory.
The St Andrews side still have a hundred per cent record as they managed to win all the matches played so far in this campaign.
Hamrun Tre Angeli leapfrogged rivals Valletta in the standings after a 12-2 mauling over Qrendi.
The Red/Blacks as expected dominated the match with Qrendi trying to create some counter attacks.
They had they lethal strikers Cleavon Portelli and Everton Veve in splendid form as they scored five and four goals respectively.
Luke Stivala was twice on the mark while Jason Mifsud completed the scoreline.
Antonello Brincat and Bertram Azzopardi scored Qrendi’s consolation goals.

Even University of Malta are passing from a bright patch after seeing off Safi San Lorenzo 4-1 in a hard-fought match.
The students obtained a new record as they obtained six wins in a row and now lie fifth in the standings.
They scored two goals before half-time through Leo Muscat and Andrea Farrugia.
In the second half, University’s keeper Matthew Gatt was called into action several times as he produced a string of saves to keep Safi goalless.
On the other hand, the students relied on fast counter attacks and netted their third goal through Leo Muscat who completed his personal brace.
Safi reacted fiercely as they used the flying keeper to instill more pressure on the students’ rearguard.
They pulled one back through Franklin Seisun but Kyle Sultana’s boys remained concentrated and after winning a shot from the second penalty mark, it was Martin Caruana who ended the issue to make a 4-1 final scoreline.