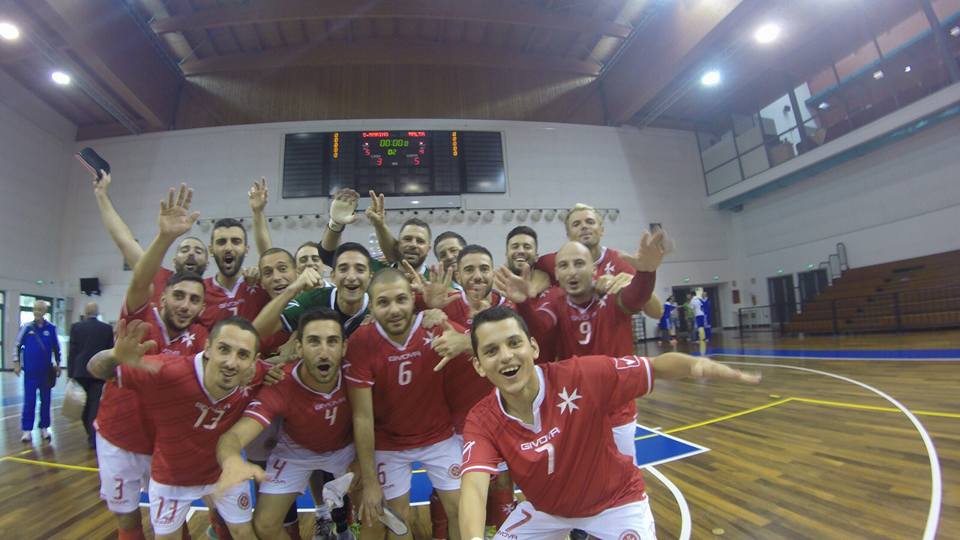 Malta obtained a deserved 5-3  victory over San Marino  at the Sport Domus Complex to register a double over their opponents after winning the first match 24 hours earlier.

It wasn’t an easy task for the national team as they had to come from 3-1 down to make a great comeback and achieve their mission.

Malta broke the deadlock in the opening minutes but San Marino reacted and scored twice before the break.

In the second half, our opponents added another one until Peter Pullicino, 11 minutes from the end,  opted for the flying keeper to pile more pressure on the San Marino rearguard.

The latter continued with his goal-scoring spree as he hit his 19th international goal to strengthen his record number of goals for Malta.

Without doubt this double victory has boosted the players’ moral ahead of next month’s FIFA Futsal European qualifiers to be played in Kaunas, Lithuania.