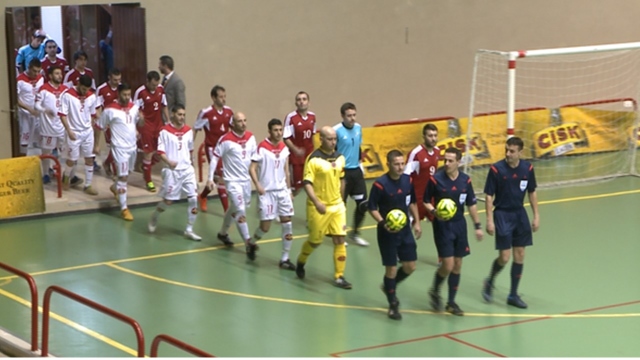 Andorra had the most of the ball possession, even though the Maltese players offered some kind of resistance throughout the whole match. It was a hard night for the Maltese National Team who suffered the second defeat in the Uefa Futsal Euro 2016 Preliminary Round.

Andorra found the net through braces from Carlos Manuel Barbosa and Ignacio Llamas.

For Malta,Nicola Del Re hit the post twice and Jovica Milijic hit the bar from a free-kick on the D’s line .

On Saturday Andorra will face England,  while Malta will face Latvia.

Both England and Latvia will put all their efforts to win with a high score to obtain the qualification from Group E.

The winner of Group E will join Russia, Netherlands and Boznia Herzegovina in Group 1 in the Main Round Draw.