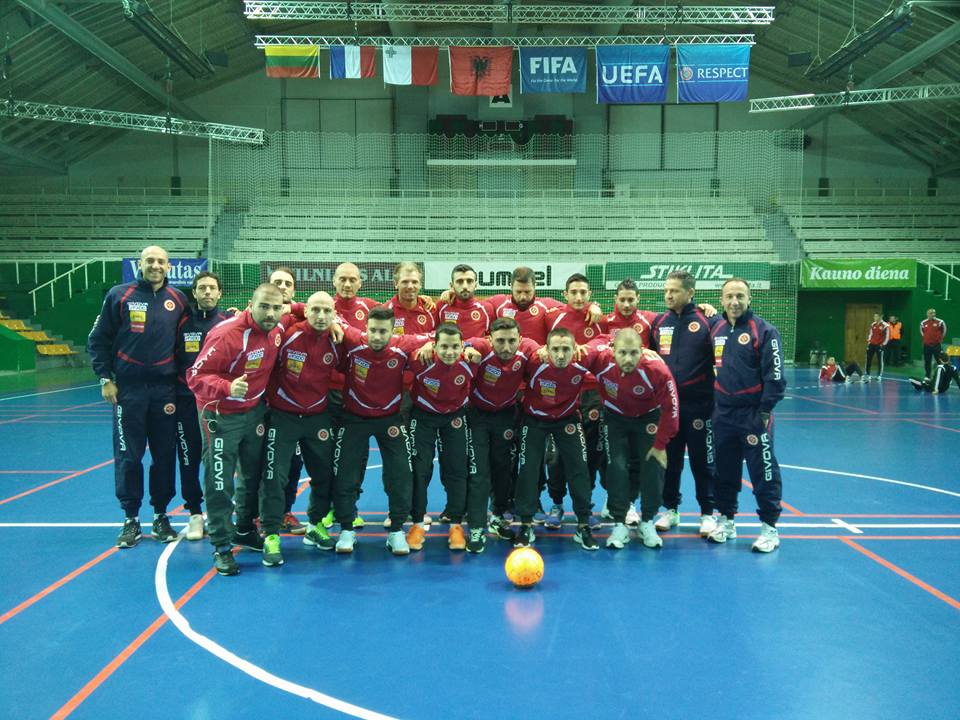 Malta ended their commitments in the FIFA Futsal World Cup qualifiers when they lost to second placed Albania 6-3 in Kaunas.

Despite this upset, Malta had a good performance against Albania pulling back three goals in the process.

Azem Brahimi put Albania ahead on 8 minutes before Rej Karaja made it 2-0 on 11 minutes.

The Maltese pulled a goal back 24 seconds later through Andy Mangion but the Albanians restored their two-goal lead before the break through skipper Roald Halimi.

This goal galvanised the Albanians that were venturing forward as keeper Reuben Grech was being kept busy with some good saves.

Eventually Begaj and Brahimi managed to widen the gap for Albania as Malta pulled another one back through Jovica Milijic.

France finished top of the group on nine points after a 6-0 rout over Lithuania.