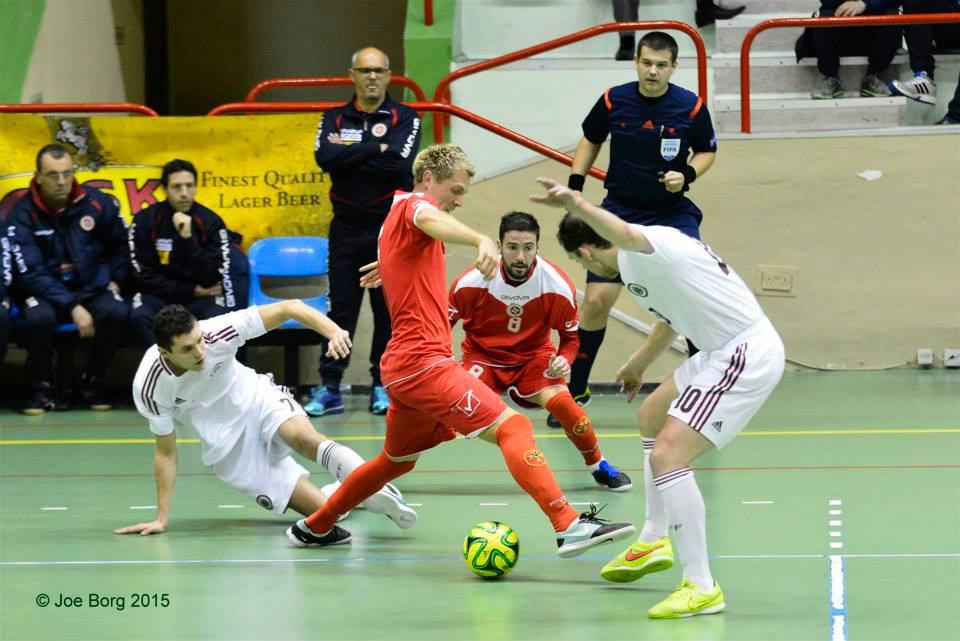 Malta conceded another heavy defeat in the EURO Futsal qualifiers after Mark Marlow’s boys were humbled by Latvia 8-0 in a Group E match at the Corradino Pavillion.

Latvia had to score more than three goals during this match to make sure of their progress in the competition.

Their hopes of a positive result yesterday were all but blown away by the Latvians who were already four goals ahead by the 2nd minute.

A hat-trick by Andres Aleksejevs, a brace from Arturs Jerofejevs and Maksims Sens, Andrejs Sustrovs were the goal-getters for Latvia.

Latvia go first in Group E on seven points like England but have a better goal difference., Andorra placed third with three points while Malta remain rooted to the bottom of the group with no points from three matches.