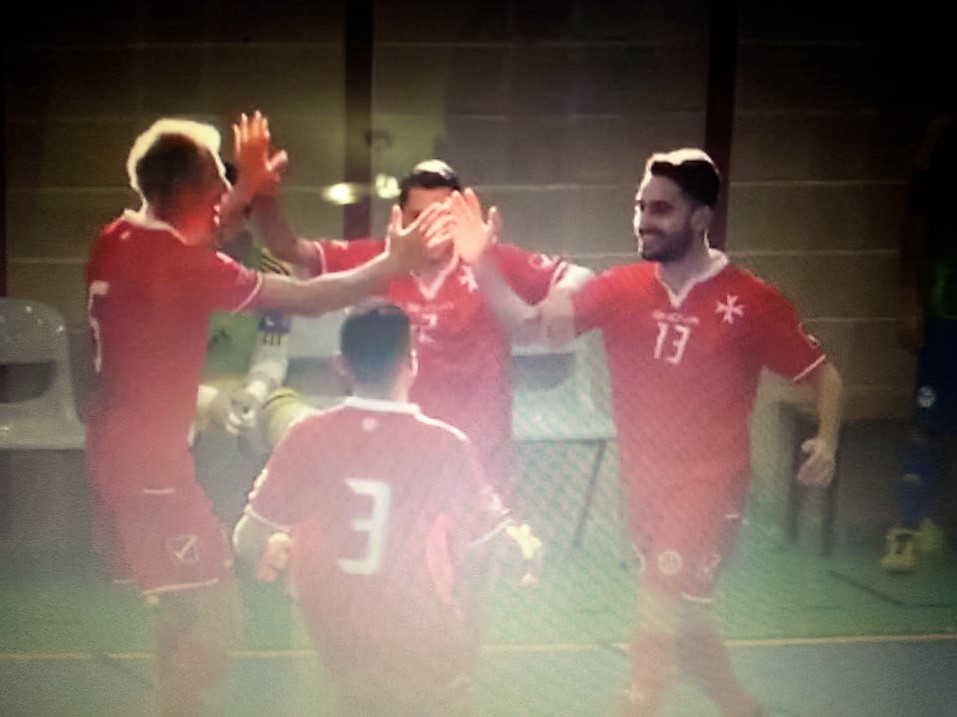 Malta’s second friendly match against Andorra had a brilliant start, as Ryan Gilmour Cassar opened the score with his first personal goal with the national team. Initially the Maltese players had a good grasp of ball possession. The Maltese goalkeeper Clint Mifsud was doing a great job until the Andorran team equalised the score. Nonetheless Mifsud denied the Andorran’s second goal from a shot on the second penalty spot. The first half ended with a goal from each side.
During the second half, the more aggressive Andorran players obtained an early advantage. From this point onward, Matthew Xerxen played as a flying keeper which unfortunately paved way for two more goals in an empty net. Later in the second half, Christian Wismayer motivated his team mates with the Maltese second goal. The end result of 4-2 for Andorra follows yesterday’s 3-0 for the same host national team.
Tomorrow the Maltese squad will have a full day of wandering about and relaxation before flying back to Malta.