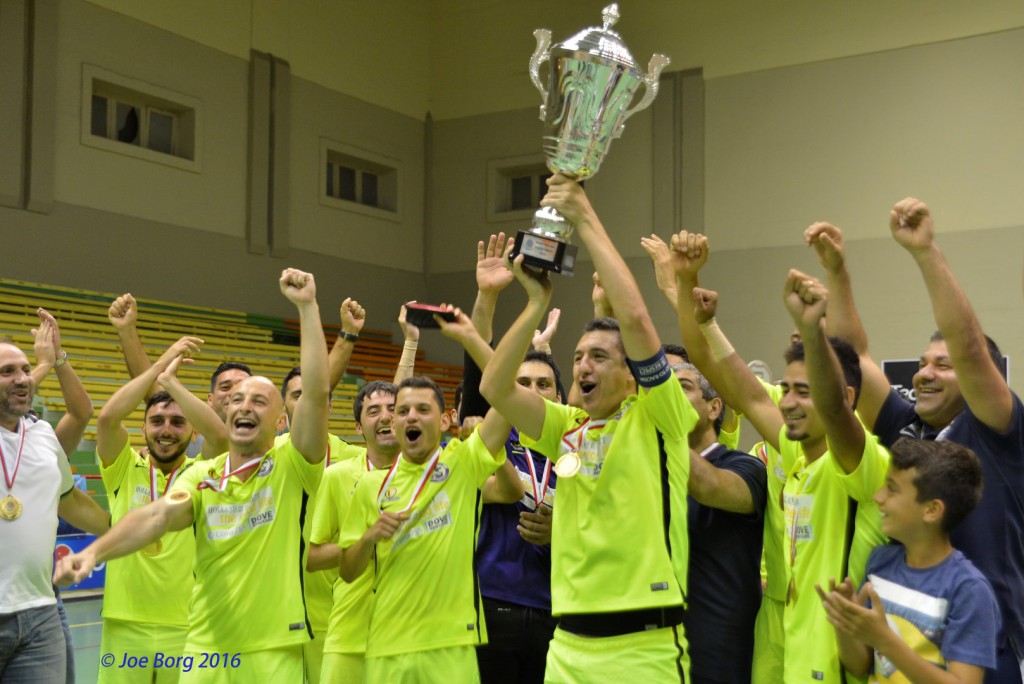 Definitely it was a positive season for Hamrun Spartans who flourished on top of the league before the playoffs, paved the way towards the final and actually played in the Knock Out final. On the other hand Luxol, eliminated by Champions Valletta in the playoffs, invested every final effort with the high aim of raising the cup.
Both teams gave a marvelous performance in a game played again behind closed doors with the entertaining first half ending 2-2. Luxol went early on the lead thanks to Florin Anton who was followed minutes later by Mark Zammit. Two minutes before break time, Hamrun reacted and balanced the score through Madson Gaetano and George Frendo.
The second half saw the effort of Luxol’s players to be the winners of this final, reach the peak. In the first minute, Florin Anton received an inviting ball from a corner taken by Celino Alves and sealed his personal brace. In the meantime Hamrun put everything forward as they were alternatively playing George Frendo as flying keeper, who also equalized again the score. On the 12th minute, William Barbosa added another one for Luxol to increase their chances of winning this final game. Carl Azzopardi’s brace and Celino Alves’ goal in between continued to assert Luxol’s dominance. Hamrun threw in the towel and with only 15 seconds left of play both teams shook hands and congratulated each other for their positive run in this season.
As the usual norm, presentation time followed the end of this league. Hamrun’s Raphael Felipe Ortiz de Oliveira was awarded this season’s top scorer while his team mates were given commemorative medals. Finally all Luxol’s staff and players were awarded together with Captain William Barbosa. They put an end to this final by raising the cup up high among the merited celebrations.