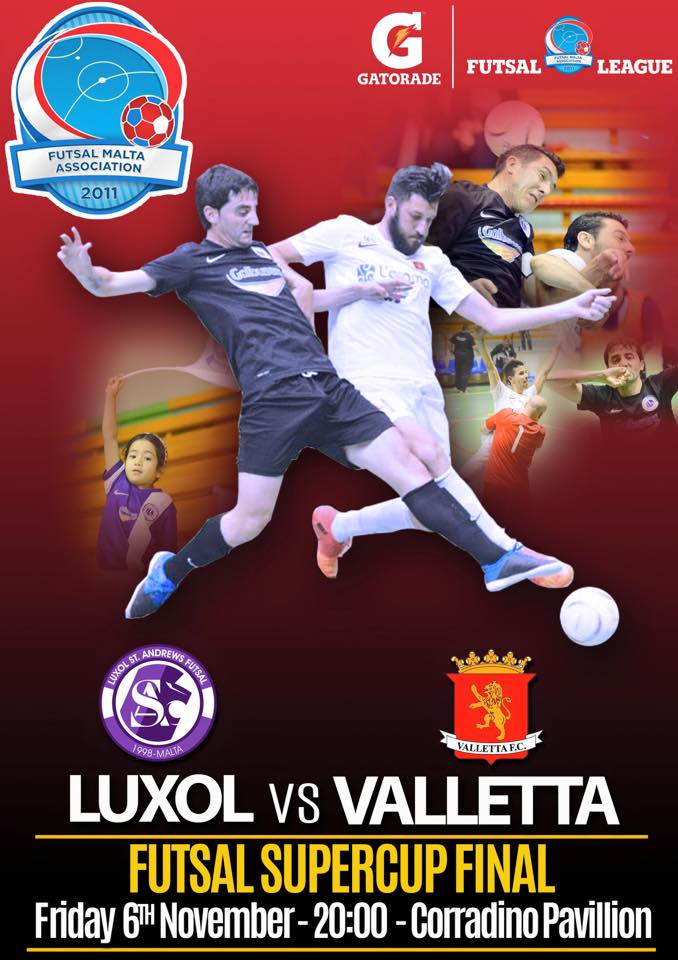 Champions Luxol and decider winners Valletta will be facing each other this evening at the Corradino Pavillion (kick-off 20.00 hrs) with the Gatorade Super Cup up for grabs.

The two teams seem to have been strengthened from the past season and this has been confirmed by the two clubs’ performances and results in their first outings this season.

The Lilywhites hope that in-form striker Mohammed Elamari maintains his goal scoring spree after being the protagonist in last week’s encounter as he notched a poker for his team.

On the other hand, Luxol have been inactive since August as their last official competition was the UEFA Futsal Cup played in Andorra.

The team managed by Frane Despotovic managed to place second in this competition.  Apart from the 9-0 defeat against Pescara, Luxol saw off hosts FC Encamp 5-3 whilst figuring out in an exciting 5-5 draw against Danish outfit JB Gentofte.

For Valletta this will be their first Super Cup final and they are looking forward to produce a great performance.

Despite being the underdogs for this match, Citizens’ coach Clayton Felice seems determined to give Luxol a hard time.

“We know that Luxol have a strong squad with some good quality players in the local futsal scene. They can be considered as the favourites for the victory but for us this will our first final so we will do all that we can to clinch the cup.”

Felice, on his second stint as Valletta mentor, believes in his squad.

“We are determined to do well and I believe that we have the key players to give them a challenge.”

On the other hand, Luxol’s talisman player Celino Alves believes it will be a great encounter.

“It will be a great match between two great teams. Our opponents have players who have been on top in the local scene for a number of years, players who deserve respect. They have played an exceptional match against Hamrun. Definitely, they will be tough to beat in the Super Cup.”

When asked about the fact that Luxol have been inactive for the last two months, Alves confirmed that the players continued to train hard to maintain their fine form. 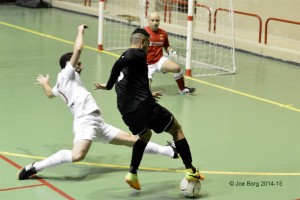