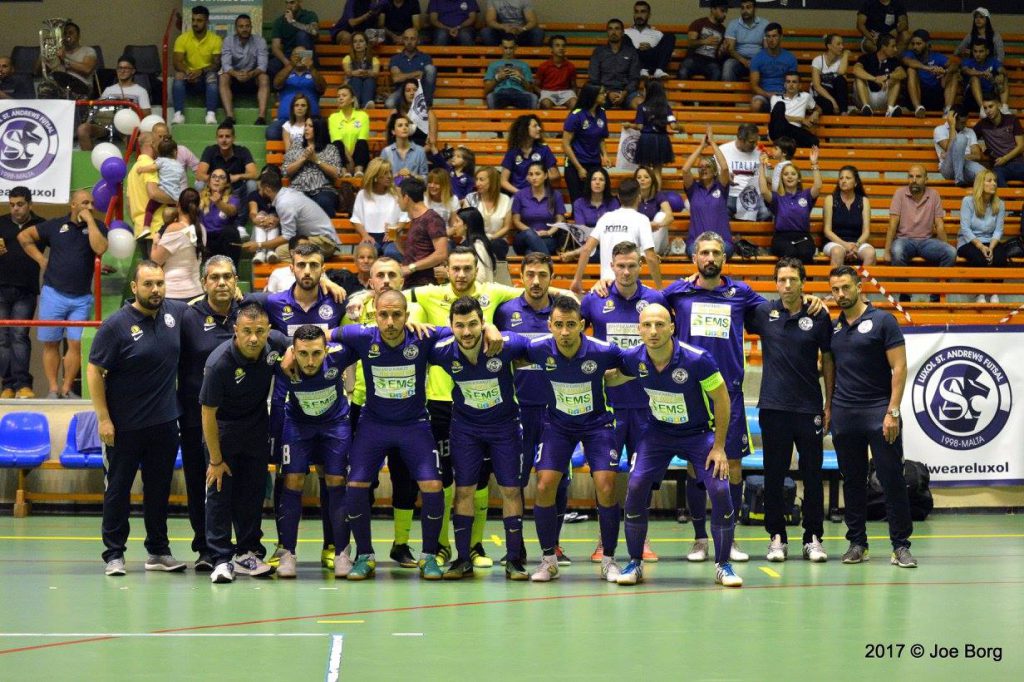 ROBERT BUSUTTIL
Pitched in a direct confrontation with Valletta, the defending champions, Luxol conjured up a tenacious performance to overcome their rivals 5-2 and grab the first win in the Gatorade Futsal Elite play-off leg 1 final.
It was a typical encounter between two heavyweights in the local futsal scene with the St Andrews side showing nerves of steel to keep the Citizens at bay.
The atmosphere was in full swing when the two teams walked on to the court for kick-off with the Valletta fans unfurling three giant flags that covered their entire section at the western part of the Corradino Pavillion.
On their part even Luxol had a good amount of spectators as both sets of supporters gave their all to support their team.
Prior to kick-off both teams observed a one-minute silence in tribute to Xavier Saliba’s father and Rodrigo’s grandmother who both passed away this week.
The game was off to a storming start as Luxol took the lead inside the opening minutes.
It was Giancarlo Sammut who unleashed a stunning shot that gave Neil Cuschieri, the Valletta goalkeeper, no chance.
Spurred on by their bright start, Luxol continued to show the better ideas with their hard-running players bossing every part of the court.
The early goal rattled Valletta but they hit back as they were quick to break on the counter. Milijic, leaving a Luxol player behind him, passed to Raphinha who was ready to strike but instead it was Frane Despotovic who put the ball in his own net to help involuntarily his opponents drew level. 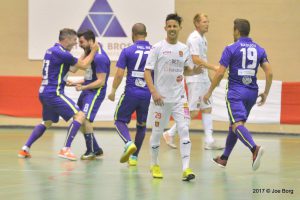 When the game resumed after the half-time break, Valletta tried to show greater intent but instead it was Luxol that punished the Lilywhites with well-taken goals.
First it was Frane Despotovic who surprised the Valletta keeper with a curling shot and minutes later it was Andy Mangion who struck home a first-timer after meeting a Bizjak corner to make the score 3-1.
Valletta tried to produce a reaction but they found themselves struggling to break down Luxol’s defence.
The latter took advantage of a defensive error to make it 4-1 as Dejan Bijzak’s grounder surprised Cuschieri after a personal action that wreaked havoc in the City box.
Luxol’s optimism rose when Mark Zammit received a good pass before rifling the ball into the net sparking joyous celebrations among the Luxol fans who were visibly over the moon after their team’s performance.
Valletta found the time to score a consolation goal through the league top scorer Raphinha who met a pass from Xavier Saliba to slot the ball into the net and make the score a more creditable one.
At the end of the match, it was Luxol and their partying fans who took centre-stage with their celebrations for this first leg win that puts them on the driving seat ahead of next week second leg final. 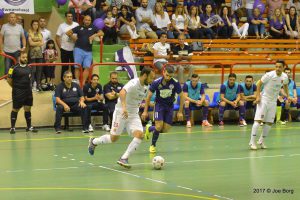