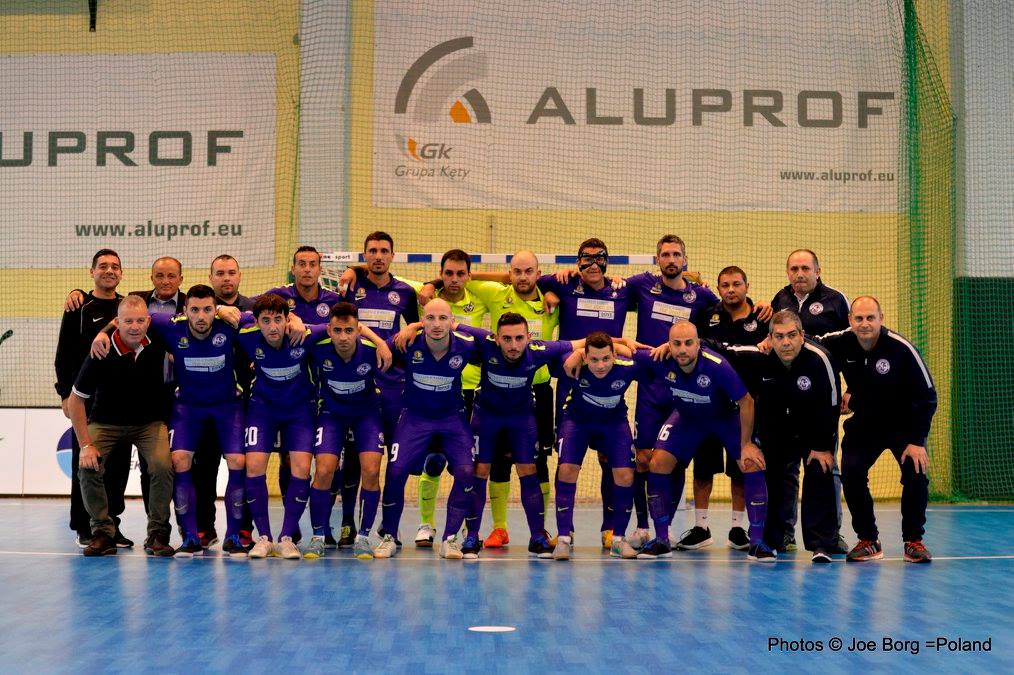 Rekord Bielsko Biala……..4
Luxol St Andrews…………3
(H.T 0-2)
It was a great futsal evening yesterday at the Bielsko Biala Complex as the local team Rekord Bielsko Biala edged Maltese champions Luxol St Andrews 4-3.
Despite losing to the Polish counterparts, the Maltese side had a great performance and gave a hard time to their opponents during the match.
Frane Despotovic, the Luxol mentor, treated this match very seriously as he fielded a strong side to try to challenge the Polish giants.
Although the latter held most of the possession, the Maltese team were operating some fast counter attacks that at times were lethal as Rekord keeper Michael Puddle had to be called in action on multiple times. 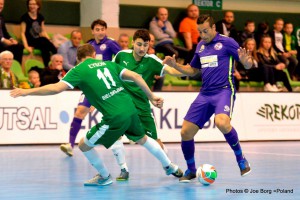 However he could do nothing on 6 minutes as Luxol surged ahead with a great shot by William Barbosa after taking advantage of a defensive blunder.
The Polish side was stunned as on 16 minutes they capitulated again and this time it was Karl Azzopardi who found the net, courtesy of another defensive frail.
After succumbing to a 2-0 disadvantage before the interval, Rekord Bielsko Biala opened fiercely the second half as they reduced the arrears from a powerful freekick by Lukasz Biel.
Eventually Luxol had to endure their opponents’ continouous attacks as they had to concede the equalizer when young Igor Borowicz received from Artur Poplawski who fired home the 2-2.
The Maltese side kept concentrated as they again took the upperhand, when Matthew Attard put the ball past keeper Puddle amongst the joy of the St Andrews’ clan.
Despite this blow, Bielsko Biala produced a great reaction and managed to restore parity when Paul Machura had escaped the attentions of the Luxol defenders before squaring to Radek Polasek who scrambled the ball into the net.
As the match was heading for a draw, which in reality could have been a fair result, Bielsko Biala found the winning goal when Polasek returned the favour to Machura as he controlled the ball before stabbing home past Farrugia.
Luxol could leave the Bielsko Biala complex with heads high despite defeat as a rematch is expected this evening at 18.00hrs.