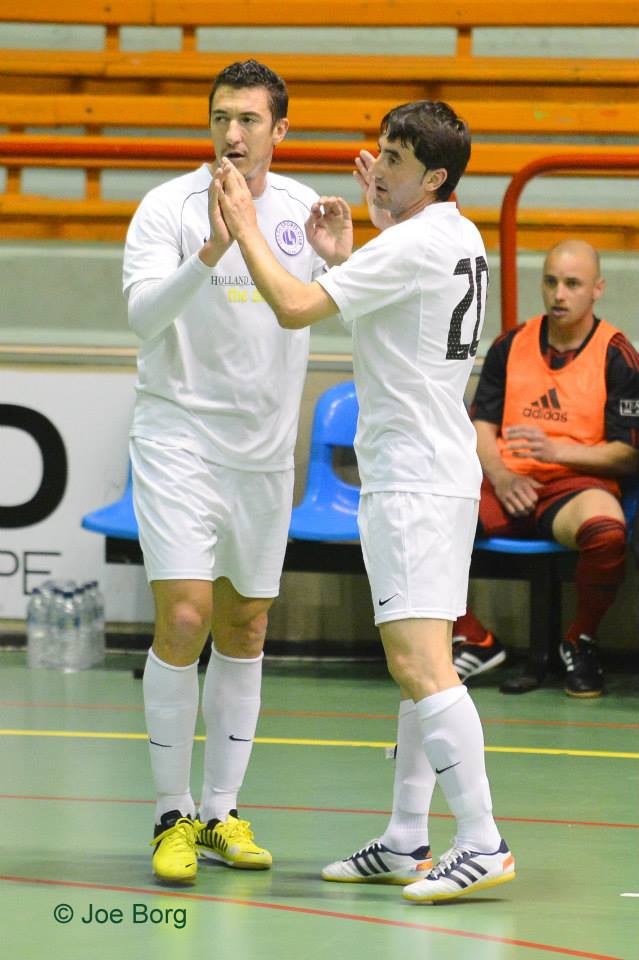 Luxol temporarily returned to the top of the FXDD Premier Division table-for the time being at least- courtesy of a hard-fought 8-2 win over Pembroke. They now wait eagerly today’s matches as their arch-rivals Balzan and Hibs cross swords against San Gwann and Hamrun respectively.
The winners obtained their fourteenth success of the season and are still unbeaten boasting also the best attack in the league with 158 goals scored so far.
Ibrahim Tarik and William Barbosa were in fine form as they scored a poker each to drive their team forward into the match.

Ibrahim Tarik opened the score for Luxol as William Barbosa doubled after a Florin Anton’s corner.

Pembroke tried to make a reaction and were unlucky to hit the post through a Bryan Deguara’s shot.

As the clock struck the 12th minute, Barbosa again found the net after taking advantage of a defensive blunder to make it 3-0.

Pembroke tried to score another goal but Luxol keeper Bjorn Vassallo denied them with a string of good saves.

Before half-time, Luxol scored their fourth goal after a good counter attack finished by Ibrahim Tarik.

In the second half, Pembroke reduced the arrears when Florin Manea fired home past Luxol keeper Attard.

But in the 24th minute Luxol scored again. A majestic corner by Florin Anton found William Barbosa with the Brazilian placing the ball into the net to make it 5-1.

In the space of thirty seconds  Ibrahim Tarik scored two goals to continue widening the gap between the two teams.

In the 32nd minute, Karl Azzopardi scored a consolation goal for Pembroke but four minutes later William Barbosa completed his poker after performing a solo action and make the final score 8-2 for Luxol.

In the second match, Zabbar had the better of Qormi 9-2. It was a positive performance by the Southerners who stunned their opponents with some good runs and goal scoring occasions.

Zabbar gained a three goal advantage early in the match through Radoslav Kovachev (2) and Nikolay Filipov until Micheal Galea reduced the score for Qormi.

They tried to instill some sort of pressure on the Zabbar rearguard but were too erratic at goal.

Radoslav Kovachev hit the target again for Zabbar to complete his personal hat-trick and make it 4-1 before half-time.

Zabbar started the second half in impressive style and after just 12 seconds Omar Toutoungi slotted the ball past Jonathan Sammut to make it 5-1.

The woodwork denied Qormi a consolation goal one minute later when Allen Medati’s shot coming off the bar before Zabbar cleared.

Zabbar were not finished yet as Radoslav Kovachev and Frankie Xerri added two goals for their side.

Michael Galea completed a brace to reduce the arrears for Qormi but substitute Joel Grima, after being denied by the post, had the time to find the ninth goal for his team to make the final score 9-2 for Zabbar.