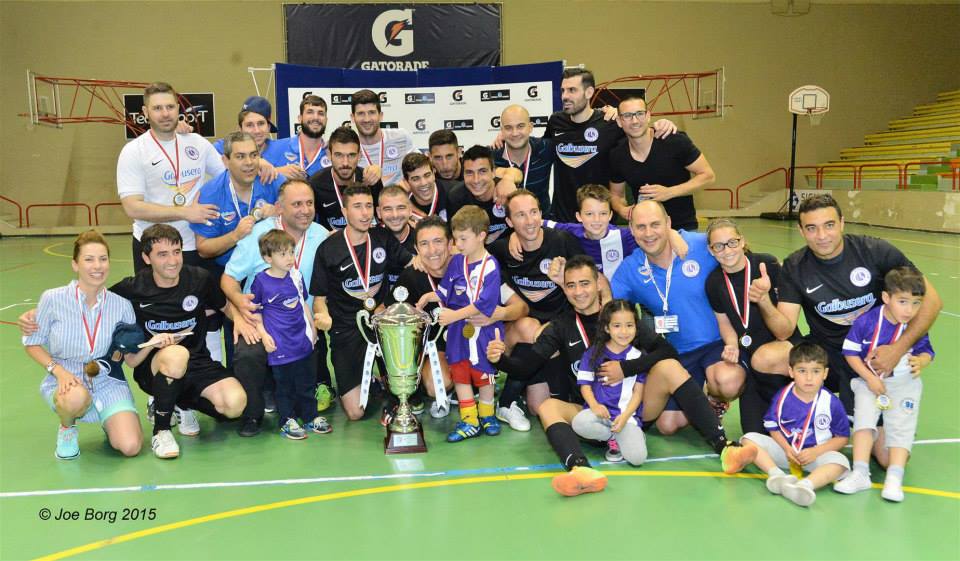 Luxol have been crowned as the Gatorade Futsal Premier League champions after winning their second play-off final and beat outgoing champions Balzan.

Balzan struggled to find their rhythm in a first half shaded by Luxol who deservedly built a two goal advantage but in the second half the former side improved and after some tactical switches, they stormed into their opponents to level the score.

Despite all this, Luxol still remained concentrated and soon two more goals followed. The fired-up Balzan tried to rattle past the St Andrews defence who absorbed their opponents’ pressure to administer their advantage.

A sizeable crowd headed to the Corradino Pavillion to watch this second play-off final as both set of supporters created a vibrant atmosphere.

The two coaches had no particular formation problems as they could field their full squads for this decisive encounter.

The match had to start 30 minutes later than scheduled because of some road closures in the vicinities of the Corradino Pavillion due to filming.

Luxol broke the deadlock inside the opening two minutes when Peter Pullicino cut inside from the right before freeing William Barbosa who fired home his team’s advantage.

Luxol would have doubled the scoring on 8 minutes when the revitalized Dean Gera found Florin Anton but his shot finished wide.

The St Andrews outfit remained the brighter side, taking control of midfield, adopting high pressing while Florin Anton, Celino Alves and William Barbosa were dynamic figures on the court.

Even Cassar was tested by the scintillating William Barbosa whose shot was blocked into corner by the Balzan’s keeper.

One minute later, Luxol doubled the score when Dean Gera drove towards byline on the left before passing to the unmarked William Barbosa who poked home to send his fans into raptures.

Two goals down, Balzan showed signs of making a reaction. On 15 minutes Frane Despotovic met Slobodan Janjic’s pass, to produce a fierce shot that left no chance for Grech.

Three minutes from half-time, Luxol striker William Barbosa was unlucky to hit the upright after a good counter attack. 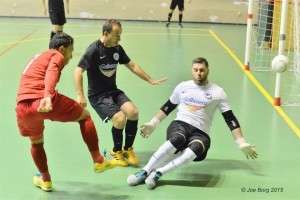 Balzan began the second half in brisk mode. Their improvement was rewarded on 23 minutes when Glenn Bonello’s effort finished at the back of the net to restore parity.

Despite this goal, Luxol kept their composure and in no time they regained their advantage when Dean Gera’s piledriver surprised Christian Cassar to make it 3-2 for his team.

This goal confused Balzan’s plans as Cassar avoided a classical own goal by Despotovic whose erratic low clearance was pawed away by his keeper.

Luxol took advantage of this and managed to score their fourth as Florin Anton led a quick counter attack to send Barbosa in a good position to convert.

The Brazilian nippy striker surged forward on 35 minutes but his shot finished against the post.

It was now Balzan’s turn to pile the pressure. Slobodan Janjic darted past the Luxol players to slot past the onrushing Grech to send some hopes among the Balzan clan.

The pressure continued to increase as  Mark Zammit had the equalizer on his feet on 37 minutes but he missed an incredible chance in front of goal after hitting wide.

Then Zammit was unlucky one minute later when he hit the post after a good Balzan move.

Luxol found the time to try to extend the lead but Cassar was superlative when he saved two efforts by Gera and Alves.

As the minutes trickled by, Balzan upped their pressure, forcing a couple of corners and introducing Marev and Despotovic as flying keepers but their efforts foundered on the solid Luxol rearguard who secured the results till the end.

Chants of “Campioni, Campioni” resonated around the Pavillion after the final whistle.

FMA President, Mark Borg alongside Vice President Alfred Camilleri and a Gatorade representative,  presented the medals and trophies to the new champions.

Both teams will now face each other next Friday for the Gatorade Futsal Knock-Out competition final. 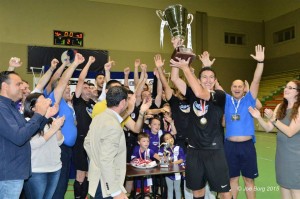