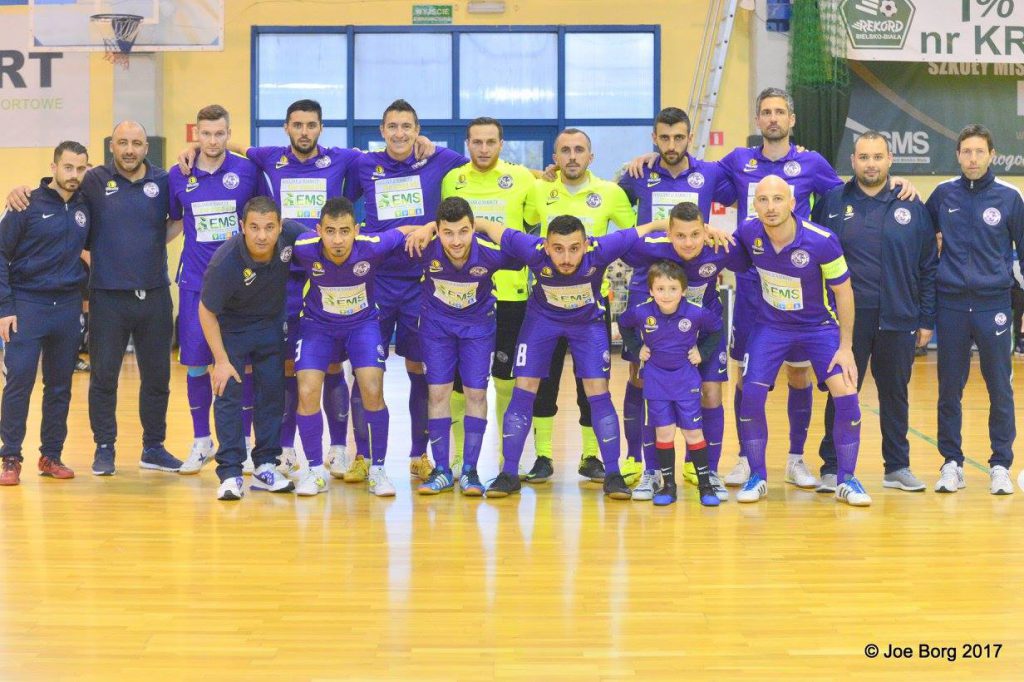 Luxol lost their second international friendly at the Startowa Pavillion in Bielsko Biala after being beaten by Polish leagueleaders Rekord Bielsko Biala 7-3 yesterday afternoon.
This was the second match played in Poland for the St Andrews side after their positive 3-2 win over Piast Gliwice.
It was a tough encounter for Frane Despotovic’s boys who had a positive first half after quickly reacting to the opening goal scored by Bielsko Biala.
In the second half, the Polish side was more determined to win this match as they created goal-scoring opportunities and saw more of the ball.
Luxol refused to throw in the towel as Dejan Bizjak was their best player after netting a brace during this encounter.
Bielsko surged ahead on 6 minutes as Szymon Clichy surprised Xerxen after a fast move from the Polish players.
Luxol kept their cool and on the stroke of 15 minutes they managed to level the matters through a Dejan Bizjak’s header after being well served by Mark Zammit.
As the scoreline finished 1-1 before half-time, in the second half the Polish leaders was a revitalised side as they surged forward in search of goals.
They succeeded in doing this one minute after the start of the second period as Pawel Budniak’s shot finished on the top corner of the net.
Rekord were trying to impose superiority and they netted their third one through Michal Marek.
Luxol remained concentrated and again it was Dejan Bizjak who completed a personal brace to put the ball behind Polish keeper Nawrat.
The Polish leaders increased their aggressive approach and succeeded in scoring three more goals through Bondar, Marek and Budniak.
Meanwhile, Giancarlo Sammut found the time to reduce the score for the Maltese side until Poplawski sealed the issue for Rekord Bielsko Biala who will coincidentally meet Piast Gliwice in their next league encounter.
For the Maltese side this was an impressive training camp in Poland that gave their player-coach Frane Despotovic an idea of how to approach the next tough games in the Gatorade Futsal League.