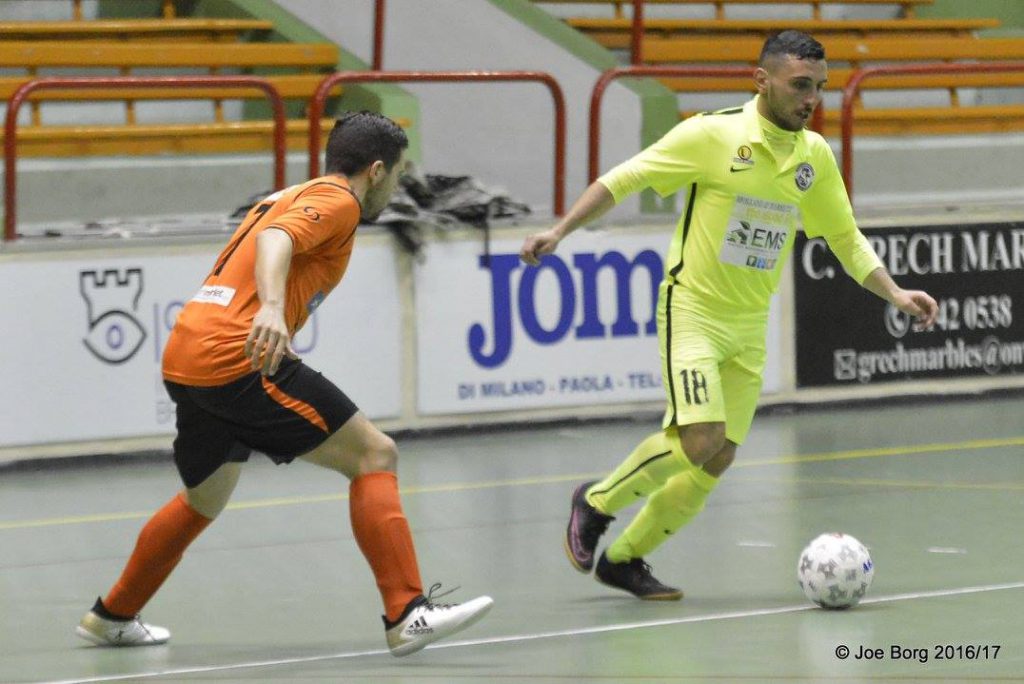 ROBERT BUSUTTIL
Luxol extended their positive run in the Gatorade Futsal League with a 12-1 win over Swieqi Under 21 to open a five-point lead over champions Valletta as the first phase is slowly nearing its completion.
The St Andrews side were too strong for the Youths from Swieqi as the scoreline amply illustrates.
They attacked relentlessly from the word go as Karl Azzopardi stole the limelight when he netted a hat-trick.
Emil Raducu, Andy Mangion, Dejan Bizjak and Zvezdan Vukovic scored four braces apiece while Celino Alves sealed victory for Luxol.
Darryl Schembri scored Swieqi’s consolation goal.
On the other hand, Valletta kept their chances alive with a 16-1 win over lowly Zurrieq Wolves.
The Citizens opened a comfortable 7-1 lead during the first half and continued to press the accelerator during the second half and scored more goals in the process.
Their prolific striker Raphinha signed off with six goals while Jovica Milijic netted a hat-trick.
Rodrigo Ticz Patricio hit the target twice and Xavier Saliba, Josef Borg, Melvin Borg, Denis di Maio and an own goal added the tally for the Lilywhites.

Unlike Luxol and Valletta, Hamrun didn’t find it easy to grab the three points and only managed to secure victory in the last part of the match against a battling University of Malta side.
At the end of the contest, Hamrun won 10-4.
The students were stunned in the first four minutes of the match as Hamrun scored three goals in succession.
University of Malta regrouped and managed to score two goals to get back into the game.
As the University students were on the counter, Hamrun took advantage and netted two quickfire goals before the interval.
After the break, University of Malta tried hard to reduce the gap and eventually hit the target to make it 5-3 and put Hamrun in charge.
After having two players sent off, the students had to endure a difficult period as Hamrun mounted an attacking rally with Brazilian Everton Veve a continuous threat to their rearguard.
The Brazilian once again proved his worth after netting a poker while former University player Cleaven Portelli was twice on the mark.
Florin Anton, Jason Mifsud, Luke Stivala and Daniel Mifsud also put their names on the scoresheet for Hamrun.
University of Malta’s reaction came from Gaetano Gesualdi, Leo Muscat, Andrea Farrugia and