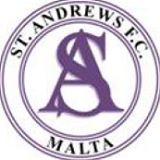 A group of friends got together to play Futsal when they still had a full head of hair and no family commitments. This group played their first debuting match in the Malta Football Association (MFA) – Futsal leagues under the name of Amazon in 1998. The team played for fun and looked at a match with the perspective of a fitness session. A win or a loss was both celebrated either as a success or an opportunity to learn.

In 2004 Amazon decided to affiliate itself with a Club and Luxol gladly took this team under its wing. Since a Club like Luxol believed in this team, Amazon felt they had to prove they were worthy of Luxol’s support. Training sessions where beefed up and nowadays the team trains twice or three times weekly and furthermore to improve the level, the team has engaged Mr Florin Anton as a player coach who in the last 5 years has won the 3 leagues, 2 Knock-outs and 1 Super-Cup.

As from last season a new association was formed “Futsal Malta Association” (FMA) and is now running the MFA league. This change has lead to the team having to affiliate itself with the new association, such that once again the team changed its name to Luxol – St Andrews FC. Despite the change in name, this team is the only team to have retained its place in the premier division since the start of the Futsal league. Nine of these years were proudly carrying the name as Luxol Amazon.

The success of this team is due to the commitment of all its present and past members that have over the years dedicated much personal time towards this goal. An essential element in this team is respect and group play. Though the team might not have always ranked very high within the league the team has always retained its togetherness and love for fair play within the Futsal league.