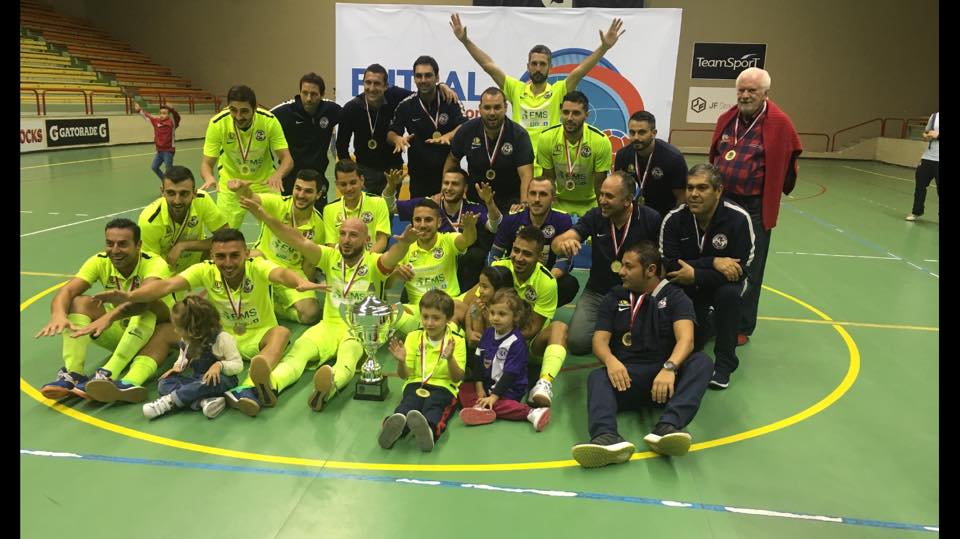 ROBERT BUSUTTIL
Luxol FC claimed their first major honour of the 2016-17 futsal season on Friday after claiming the Gatorade Super Cup. In the final, they beat Valletta 7-4 in a hard-fought contest at the Corradino Pavilion.
Luxol, who managed to win last season’s KO faced strong resistance from Valletta, the current league champions.
The game was played in front of an acceptable crowd with both sets of supporters contributing to make the atmosphere an enjoyable one and auguring an auspicious start to the 2016-17 campaign.
The first half saw a dominant Luxol side who managed to establish a 5-1 advantage before the break.
They hit the target three times in 15 minutes through Celino Alves, Frane Despotovic and Zvezdan Vukovic .
Despite all this the Citizens hit back as Raphinha found the net to reduce the score.
The St Andrews outfit didn’t lose their concentration and were on the mark twice more through Carl Azzopardi and Emil Raducu.
Valletta had the chance to score two more times but Luxol’s keeper Matthew Xerxen denied them as he saved two shots from the second penalty spot.
The second half opened with a bang as Valletta were an improved side scoring their second goal from Xavier Saliba.
Clayton Felice, the Valletta coach, opted for Dylan Musu as their flying keeper to instill more pressure on the Luxol rearguard.
Despite all this, Frane Despotovic’s side maintained their composure as Celino Alves completed his personal brace and his side’s sixth goal.
The Citizens resumed their attacking flair as they found the net twice through Mohammed Elamari and Dylan Musu to produce a dramatic finale.
However Mark Zammit scored for Luxol to seal their victory and clinch their first honour of the season.
Luxol captain Mark Zammit was presented with the Super Cup from Mark Borg, the FMA president.