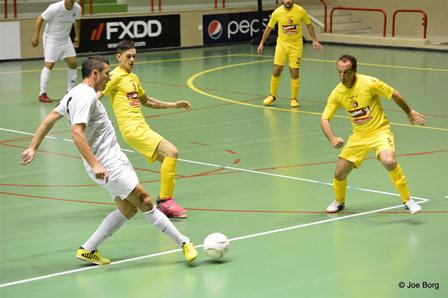 Luxol back to be the second best after beating Qormi 5-2.

It was a quiet game, lacking of exciting actions.

Luxol took control of the game with braces by George Frendo and Florin Anton. 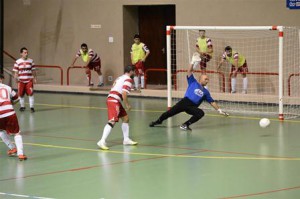 A brilliant win by Vittoriosa Stars on Melita with the score of 9-4.

Melita had the bitter side with Jean Debattista’s injury  in the first half.

Six minutes from the end of the match, Edwin Gauci was sent off for Melita after receiving the second yellow card.

In this situation, Melita defended bravely and wisely, even though the result was already well in favour of Vittoriosa Stars.

Vittoriosa’s goals came from the braces by Leandros Calleja and Luke Stivala, hat trick by Kenneth Spiteri and a goal each for Melvin Xuereb and Darton Bugeja.