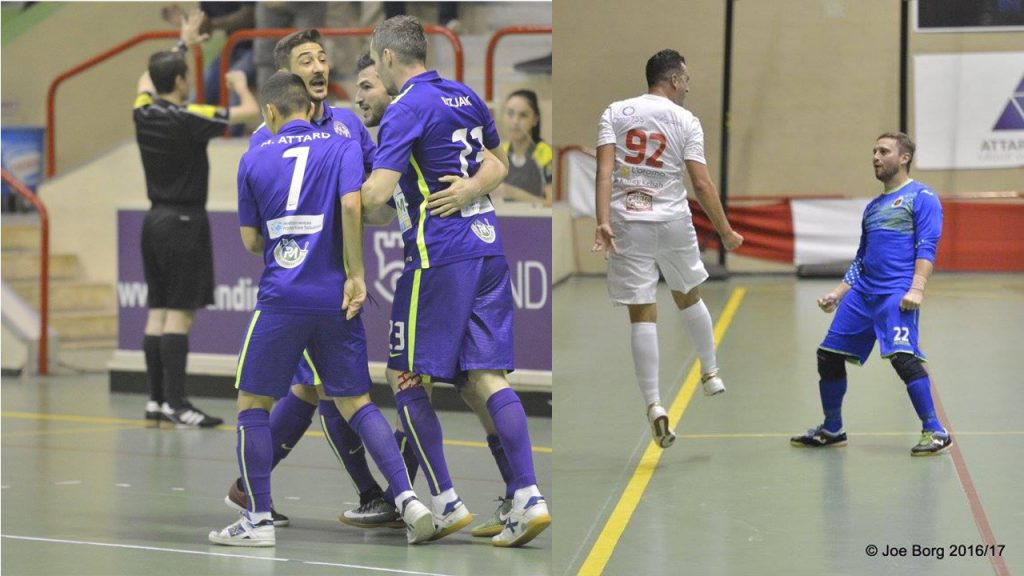 STEPHEN AZZOPARDI
A dominant Luxol gave little chance to Swieqi, in the first Elite Playoffs Semi Final played at the Corradino Sport Pavillion. Luxol scored a magnificent series of nine goals before the break. At the start of the second half Swieqi tried to have their say and Dimitar Petev managed to find the net. Dejan Mizjak who also scored another goal earlier in the first half, sealed this win and made the final score 10-1. Luxol’s Andy Mangion had a swift hat-trick, while Gian Carlo Sammut and Emil Andrei Raducu had a brace apiece. Swieqi’s Kurt Bartolo unfortunately performed an own goal.
In another thrilling match between Valletta and Hamrun Tre Angeli, the Citizens obtained an advantage of four goals. After four minutes of play, Hamrun broke the deadlock through Florin Anton. Valletta equalised matters through Daniel Jesus Aguilera Puerto and Raphael Felipe Ortiz de Oliveira put them on the lead. Xavier Saliba increased the score for Valletta, while Cleaven Portelli levelled down to 3-2 before the end of the first half.

During the second half, Valletta showed their aggressive side and stuck with their strong aim to be the winners of this game. Goals were scored by Denis Di Maio, another one by Daniel Jesus Aguilera Puerto and Jovica Milijic.
Next Friday the same teams will face each other to confirm the finalists for this season’s Elite Playoffs Final. Eventually the winner of the competition will have access to play in the preliminary round of the UEFA Futsal Cup.