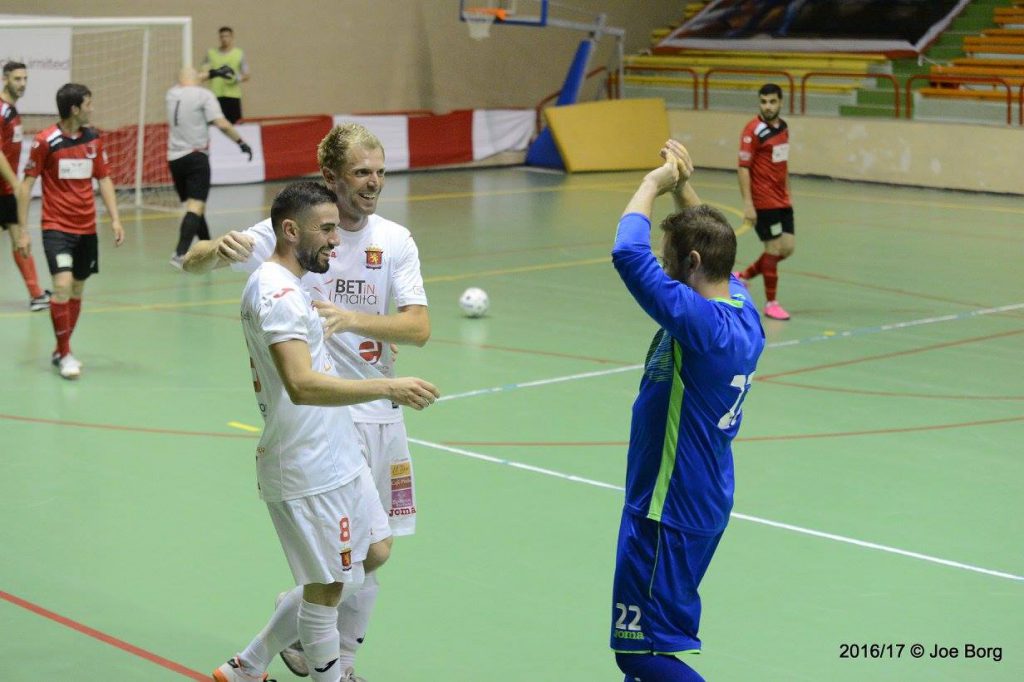 STEPHEN AZZOPARDI
Valletta transmitted their clear intension of securing their place in the final, through their win of 8-4 against Hamrun Tre Angeli. This result followed their score of 6-2 against the same opponents during last week’s first leg.
Daniel Jesus Aguilera Puerto opened the score and ignited the excitement of Valletta’s supporters present at the Corradino Sport Pavillion. Things turned to the worst for Hamrun Tre Angeli, as Florin Anton deflected the ball in his team’s net. A powerful shot from Xavier Saliba was definitely another jaw dropping goal. Later arrived the time for Melvin Borg to put his name on the score sheet for Valletta. Before the end of the first half, Hamrun’s captain Jason Mifsud reduced the matters for Hamrun.
No change occurred during the second half, as Valletta continued marching over. Hamrun’s Brazilian prolific player Everton Da Silva Santos had a hat-trick. In the meantime Clayton Felice’s boys never ceased their determination and kept scoring every now and then. Melvin Borg scored his second personal goal, while Raphael Felipe Ortiz De Oliveira was also twice on the mark. Rodrigo Ticz Patricio sealed the end result and he’ll personally play again in the final, this time with Valletta.
Luxol easily secured their place in the final after last week’s 10-1, and this time making it 11-2 against the same Swieqi. Despite having various absences, Luxol continued to impress. Apart from the semi final results, Swieqi ended up satisfied with the progress throughout the season, as they made it to the Elite and finished this season’s adventure in the playoffs.
Emil Raducu celebrated his birthday with his magnificent opening goal. Gian Carlo Sammut and captain Mark Zammit were sky high with their hat-tricks, together with Dejan Bizjak’s brace and goals from Zvezdan Vukovic and William Barbosa. Both goals for Swieqi were scored by Boicho Marev.
Luxol and Valletta will kick off their first challenge this coming Friday at 8pm, in the Corradino Sports Pavilion.