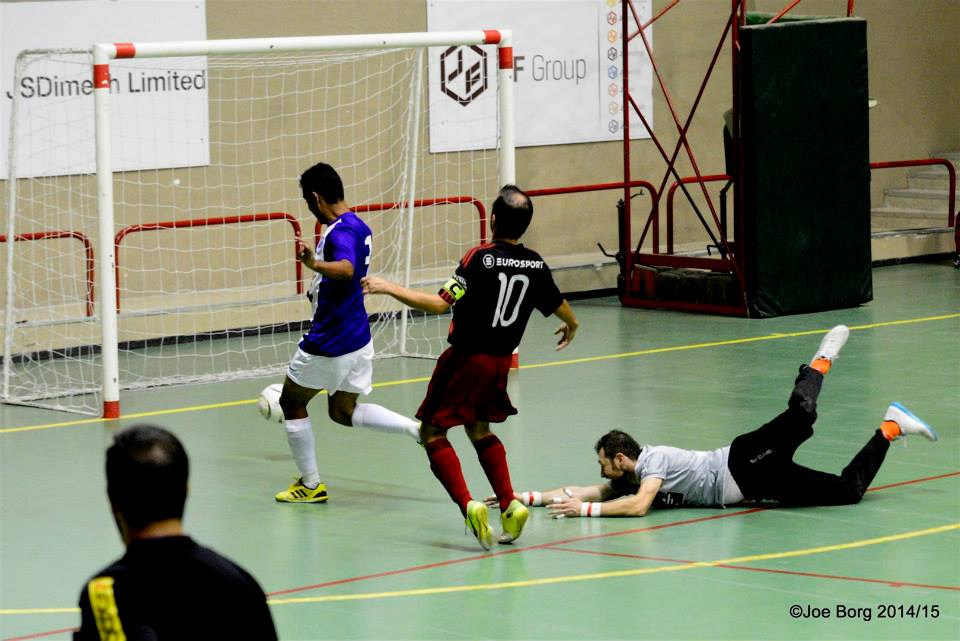 This week’s  programme is definitely highlighted by the top of the table clash between league leaders Luxol and their immediate followers Hamrun Spartans. At present, Luxol  have 28 points while the Spartans are second on 27.

It is a very interesting situation which sees the Reds aiming to beat the St Andrew’s side and therefore gain the sole leadership of the table.

Luxol, who have an experienced squad , are still unbeaten, but will have to be on full alert against Hamrun who showed their best form so far this season. In fact, the Spartans showed their firm intentions of making a very strong challenge for this season’s title and it is obvious they are bound to become stronger when newcomers Raphinha and Rodrigo integrate with their new team-mates, thus making James Ciangura’s squad a really formidable one.

“Tonight’s match highlights the leadership of the table. It is an extremely important match and we are well prepared to give our hundred per cent to get the three points that matter.”

Luxol are passing from a bright patch in the league and they are psychologically concentrated for this match.

“We are psychologically positive about our performances. Luxol are improving and our level is getting higher.”

Alves had positive words about his opponents.

“Hamrun Spartans is a great squad, they have strengthened their team in the January transfer window and they have improved a lot.”

On the other hand, Hamrun will try to return to winning ways after being ousted from the KO competition by Qormi.

Hamrun’s talisman player, Rogerio dos Santos Filho has acknowledged that his team wasn’t in the best of form last Monday.

“It is important that we win tonight so that we forget our last game against Qormi. We have to try and fix the mistakes we’ve made in the last match to gain more confidence for the decisive part of the season.”

Asked about Luxol, Rogerio admitted that they have a strong squad but are ready for the challenge.

“I believe that tonight will be a great game. It will be a tactical one at first but will intensify as time goes by.”

“We have to respect Luxol as a team  but we will do our best to get the three points to gain the top of the table.”

Hamrun are coming from a run of seven successive wins. The Spartans defeated Gzira, Qormi, Mosta, Swieqi, Balzan and Valletta before beating Zebbug 10-2  last week while Luxol registered wins over  Balzan, Mosta and Swieqi before beating Valletta 7-2 in their last outing.

Luxol will go four points clear at the top if they beat their rivals. Hamrun will top the table if they win.

In the first round, Luxol  beat Hamrun Spartans 6-2.

Whatever happens in tonight’s game, although being a direct encounter between the first and second, there’s a long way to go.

In fact at the end of the second round the first four teams will contend the play-offs and that will bring a real challenge for the league title.

Both teams are expected to be in full strength with the match scheduled to kick off at 19.45 hrs.