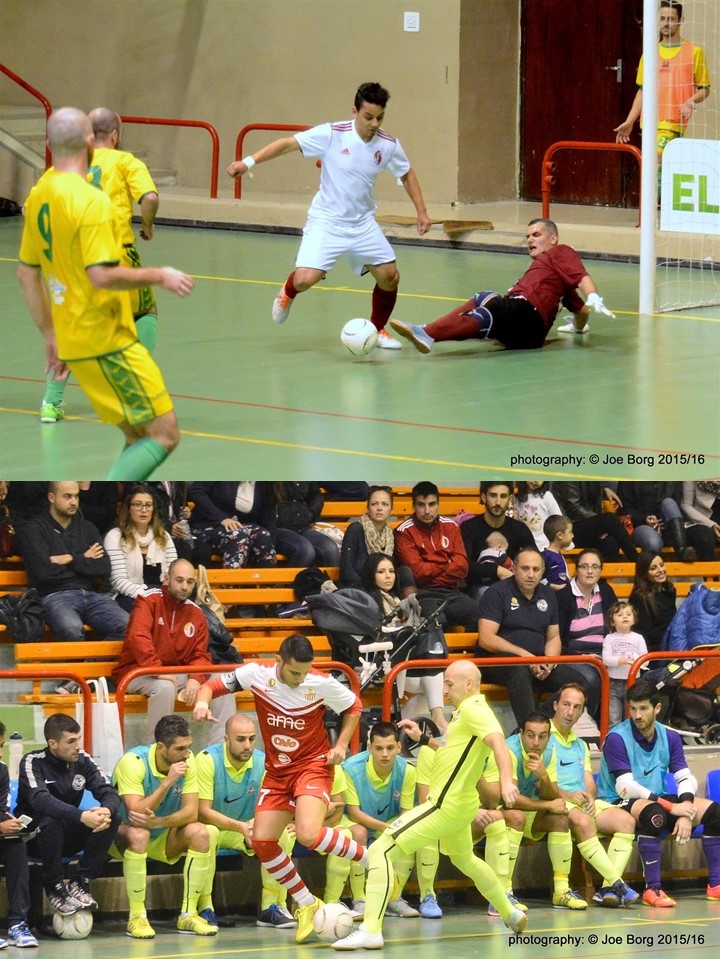 Luxol passed from the first hard test, winning Lija Atheltic 4-3. Both teams left for the half time break with a balanced result of 3-3.

Luxol broke the deadlock with Carl Azzopardi together with a brace from William Barbosa. Lija answered back with goals scored by Luke Stivala, Ebrahim Massoudi and Chavi Montes Burgos.

Frane Despotovic’s decisive goal in the second half, gave another three points to Luxol.

Ħamrun Spartans persisted with their positive track record against Żebbuġ Rangers, winning 11-4. During a very tight first half, Żebbug managed to equalise matters when they were at a disadvantage of three goals.

Żebbug Rangers’ goals were marked with Anton Novoa Perez’s brace, Gorg Borg and Jamie Portelli’s goal from a freeshot. The Rangers also missed the opportunity to score the fifth goal from another freeshot.