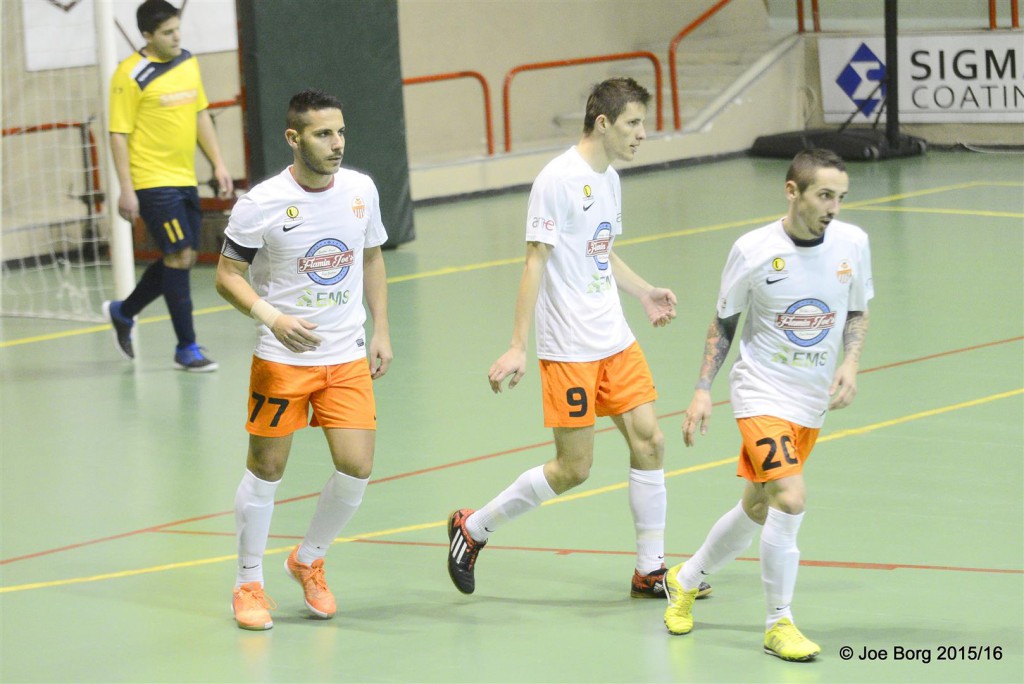 The village of Lija, which is a locality with close connections with citrus fruits, had his futsal team introducing a white and orange away kit.

For Lija Athletic it was an important win against Mqabba, which was confirmed in the second half.

In the first half Lija pushed forward, hit the post twice and faced Mqabba’s goal keeper Malcolm Schembri who did all kind of saves. Nevertheless Lija broke the deadlock through Nicola Del Re.

From a Lija’s defensive mistake, Borja Lopez Fernandez stole the ball, ran along the whole touchline and scored for Mqabba.

In the last 30 seconds, Lija were again on the lead through Ebrahim Massoudi’s goal.

In the second half, Lija Athletic took over and Endrit Kaca scored three goals in a short period of time. Lydon Baldacchino scored the second and final goal for Mqabba.

Lija sealed their win with braces for Nicola Del Re and Redeemer Borg, another goal from Nikolay Filipov and Endrit Kaca who hit a poker. 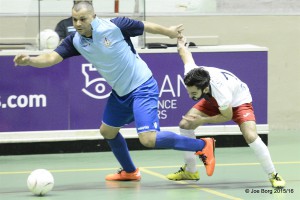 Sliema Wanderers kept on the winning track, this time against Mdina Knights. Even though the Knights played very well throughout the whole match, they found it difficult to grab the third win of the season.

Sliema’s Eslam Khalifa was in a very good form and marked a hat-trick, together with Darren Agius who scored Sliema’s second goal.