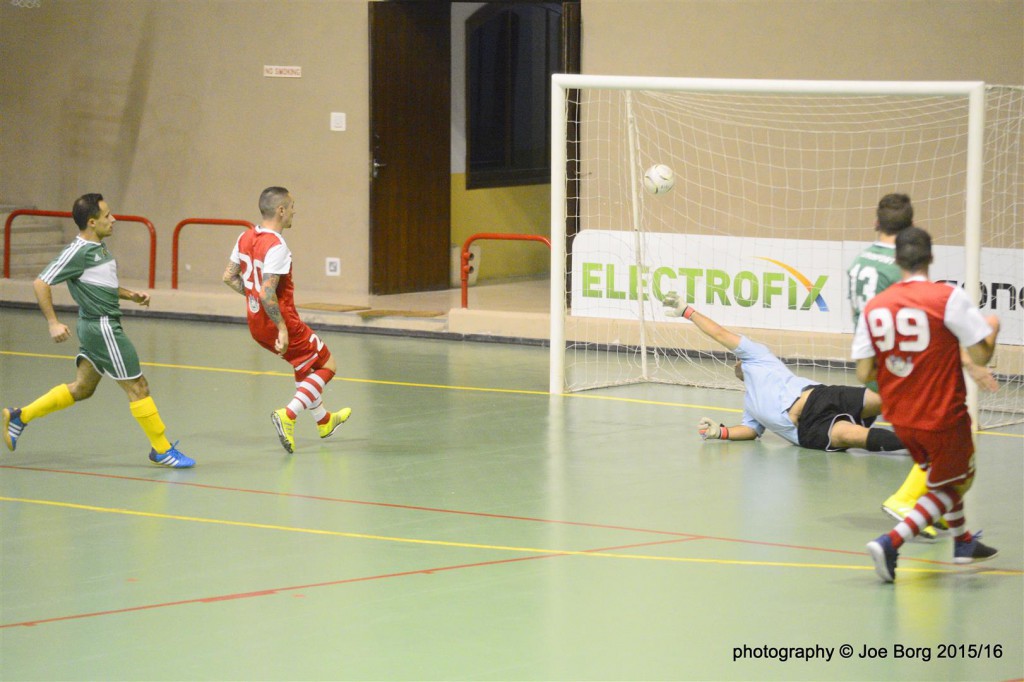 It was another catastrophic match for Gozo as they still have their goalkeeper Roderick Debattista and Daniel Cosaitis injured. In their first presence ever in the Gatorade Futsal League and after five league matches, the Gozitan team is still under construction.

On the other hand, Lija Athletic are proving themselves as the team to beat in another dominant match. Lija had a comfortable eight goals advantage during the first half.

During the first half Jamie Abdilla was the only hard working player for Gozo but he was substituted for a head injury after a hard tackle with Lija’s Nicola Del Re. Abdilla’s fighting spirit led him to take Ryan D’Ugo’s place as Gozo’s goalkeeper. This move was successful as in the last fifteen minutes he suffered only one goal.