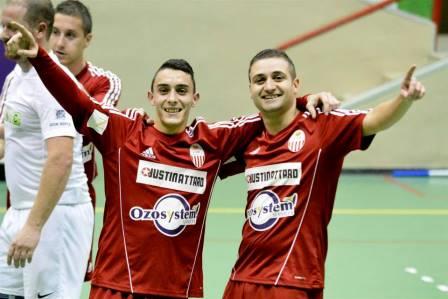 This week the First Division continued with four more interesting games, where Lija, Msida and Attard had their winning ways. Naxxar and Qrendi share the spoils in a very exciting game.

John Paul Barbara and Justin Camilleri found the net for the Southsiders.

Lija continued to impress and reached again Mellieha at the top of the table, beating Siggiewi 9-5.

A hat-trick by Ryan Bugeja and braces from Zeljko Anicic, Aleksander Ribic and Florin Manea gave the important win for Lija.

Siggiewi managed to score five times through a hat-trick by Mark Camilleri and goals from Philip Caruana Turner and Simon Gingell Littlejohn.

Attard also had their second consecutive win, this time against Sirens.

Naxxar and Qrendi shared the spoils, as their exciting match ended 3-3.

Qrendi broke the deadlock through Steve Shead, where he celebrated his goal like Francesco Totti putting his thumb in mouth.

Sean Vella and Adrian Fenech continued to increase the score for Naxxar Lions.