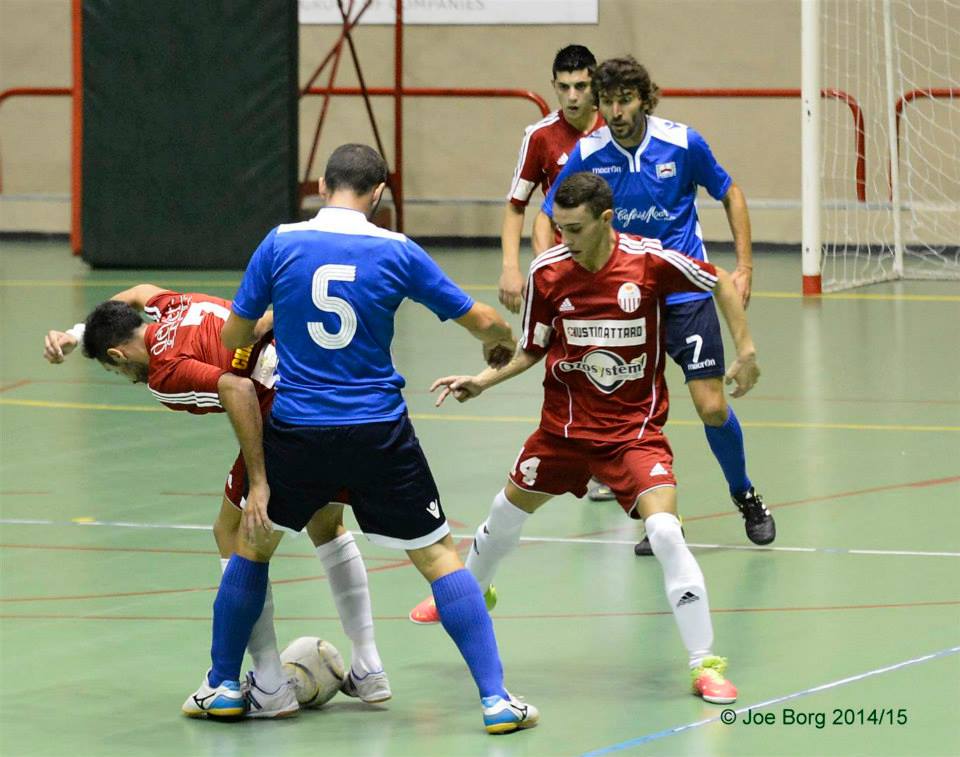 Lija Athletics and Mellieħa cross swords tonight in the most-awaited First Division fixture at the Corradino Pavillion (kick-off 21.30hrs).
Both teams, who made their official debut in the local futsal scene this season, are having a very positive season and are firm favourites to clinch promotion to Premier Division status next season.
Both teams have the same number of points and are joint-leaders with 15 victories, one draw and only one defeat.
Lija have a better goal difference with 114 goals scored and 38 goals against while Mellieħa  have netted 98 times and conceded 47 goals.
In the first round, Mellieħa defeated Lija 8-6 in a thrilling encounter almost four months ago.
During that match, as the result was 6-6, Nikolay Filipov  scored two quickfire goals thirty seconds from the end  to grab a dramatic victory for Mellieħa.
Lija and Mellieħa will  be relying on their respective talisman players Aleksandar Ribic and Nikolay Filipov to find the decisive moment to punish their opponents.
Both players are sharing the first two positions in the top scorers list and will be keen to extend their goal scoring spree. 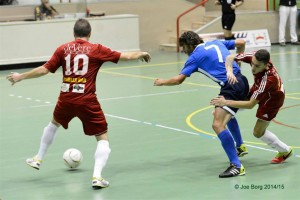 Meanwhile this website has contacted Lija’s player/coach Nicola del Re who is considering this match as a normal fixture.
“We are considering this match as a normal one.  It’s true that it is regarded as a decider as both teams have the same number of points.”
“I believe that with all the sacrifices that the players and committee have done during this season,we can obtain the most precious three points.”
Del Re, who started his first experience as a coach with Lija, is confident that his players will produce their 100 per cent to achieve the positive result.
“They say that hard work pays off. We’ve been preparing for this match for almost half a season. Everyone is eager to fair well. I believe in my players’ abilities.”
Even Mellieħa are preparing intensively for this high profile match. As key player Darren Aitchinson tells us, the Northerners are concentrated for this match.
“We have been training hard to achieve a good result. But we need to keep our feet firmly on the ground as it will be useless winning this game and losing another one.”
“It is considered as a decider and I believe that whoever wins this match can be close to win the First Division title.”
Aitchinson, who joined Mellieħa from Sirens at the beginning of this season, is happy with his team and feels he has achieved lots of personal targets.
“Apart from forming part of a great group, I can admit that I have improved my futsal skills considerably. I have learned a lot from our coach Filipov who prepares meticulously  every match. The committee has been working hard to reach this stage and are doing great things at Mellieħa.”
Aitchinson hopes that Mellieħa could achieve their main objectives for this season.
Finally both players expressed their opinion that this match will give a great advert to Maltese futsal and will attract a sizeable crowd at the Corradino Pavillion.
Before this match Birzebbugia will play Naxxar Lions at 19.45 hrs.