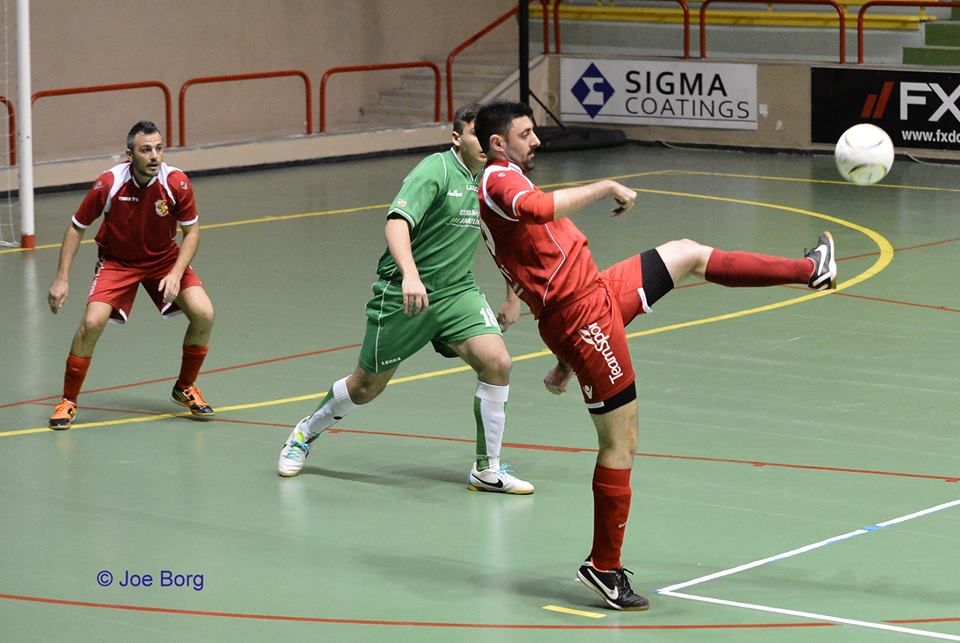 Qrendi issued a warning to all promotion hunters that they mean business in the FXDD First Division after having the better of Mqabba 5-2 to maintain their top position in the table.

It was a good performance by Shawn Rogers’ boys who made their intentions clear to achieve the three important points. They imposed their style of play and threatened the Mqabba rearguard who found it difficult to stop Qrendi’s players.

A hat-trick by Kevin Vella and a goal for Alan Spiteri and Antonello Brincat helped Qrendi to achieve this positive result.

Mqabba, who are still in the lower part of the table,  reduced the arrears through Steve Falzon and an own goal.

Valletta made it ten wins in a row in the First Division league after dominating Fgura 7-0. The Citizens showed great determination and scored their all-important goals from two braces by Dylan Agius and Clayton Felice, Aaron Camilleri, Renald Formston and Ilija Milivojsa.

Zebbug continued to put pressure on the promotion zone when they defeated Santa Lucia 7-1. The Rangers were the better side in this match and created a lot of goal scoring occasions.

Jamie Portelli scored a hat-trick while Dillon Bugeja, Bernard Bonnici and James Bonnici completed the mission for Zebbug who climb third in the table.

Naxxar Lions stunned Sirens 7-3 to preserve the fifth place in the table.

Adrian Fenech proved to be Naxxar’s inspirational player after netting four goals. A brace by Khail Drago and a goal by Paul Falzon scored the other goals for the Lions.

Sirens reduced the arrears from Patrick Barbara (2 goals) and a penalty from Etienne Bonnici.