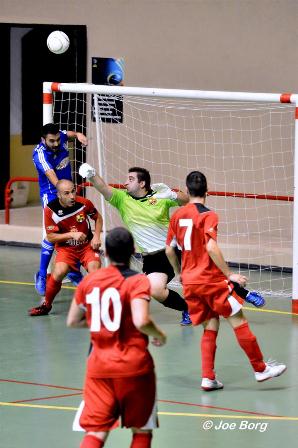 A goal by Justin Muscat, 1.1 seconds from the end, gave Luqa a dramatic win against Melita to move further up in the table. Luqa won this match 6-5.

It was an exciting game that left all those present at the Corradino Pavillion on tenterhooks. Melita took the upperhand in the first half scoring four consecutive goals.

Luqa scored 2 goals before half time to make the score 4-2.

But as the second half started,  Melita scored their fifth goal. This proved to be Luqa’s injection as they produced an incredible comeback by scoring three successive goals to level the matters.


As the score was 5-5, it was Justin Muscat who found the net for Luqa to clinch the winner 1.1 seconds from the end. A brace by Andrew Scerri and  another goal by Justin Muscat, Isaac Delmar and Chris Cardona completed the mission for Luqa.