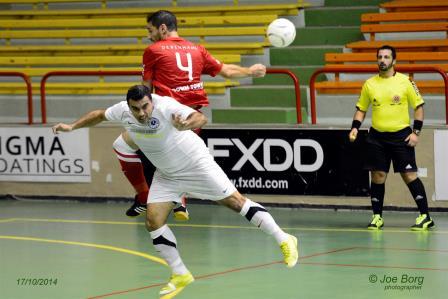 A dramatic goal scored 4.1 seconds from the end by Karl Saliba gave Luxol a dramatic 4-3 win against Valletta to register their second consecutive success of the season.

It was not an easy game for the St Andrews outfit who were mostly erratic in front of goal and had to sweat hard against a mighty Valletta side who gave their all against the most quoted opponents.

After finding themselves a goal down, Luxol tried to produce a reaction but expert goalkeeper Matthew Mifsud denied his opponents with consecutive saves on Barbosa and Celino Alves.

Valletta, despite their second consecutive defeat, can ensure themselves of a bright future ahead as they produced a great fighting spirit which will give them a further boost for their forthcoming matches. They were unlucky in front of goal as well as finding Luxol’s keeper Adrian Attard in fine form. 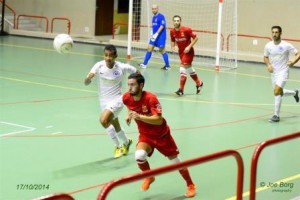 Before this match, champions Balzan had to sweat hard to placate a great Qormi side 6-4 to maintain their winning streak.

After finding themselves a goal down, Balzan reacted swiftly but found the Qormi defence in fine form as they neutralized their opponents incursions.

Albanian player Blendi Gockaj was exceptional for Qormi as he maneuvered most of his team’s counter attacks with the Balzan rearguard kept busy in the first minutes of the match.

But after Bonello’s equalizer, Balzan grew in confidence and succeeded to score the advantage goal before half-time.

In the second half, Balzan found the net immediately and managed to score two more goals to grab their most awaited win. 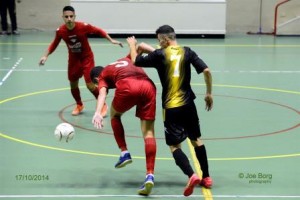 Swieqi returned to winning ways as they saw off Gzira United 7-3.

A hat-trick by Fredrick Johansson, Zvezdan Vukovic, Martin Sammut, Dario Zampa and Andrew Camilleri Kamsky were the goal-getters for Swieqi.